Home Editors Picks Unless We Remember, We Cannot Understand: The Truth About a Party 36 Years Ago 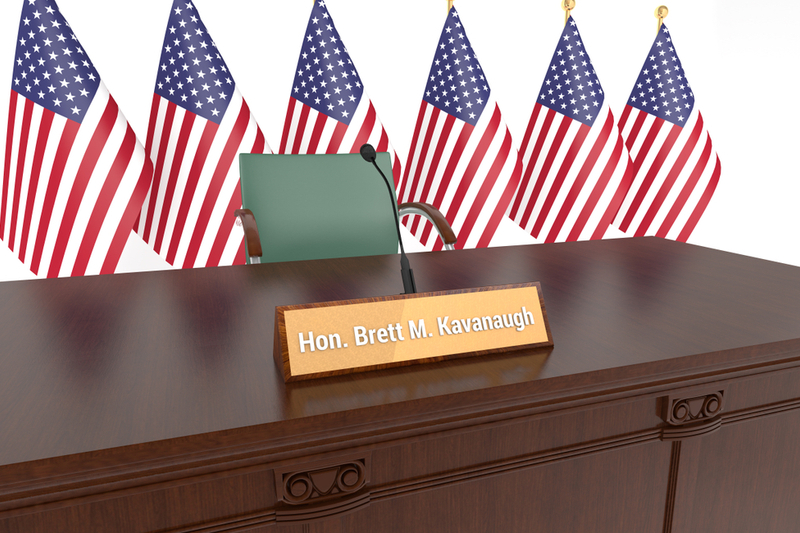 "Unless we remember, we cannot understand."

Without at first revealing her name, and without her consent, at the close of the first round of Senate hearings on Kavanaugh's nomination to the Supreme Court, Senator Feinstein publically revealed the allegations to news sources.

After much deliberation and hand-wringing, Dr. Ford decided the best course of action was to tell the story of her sexual assault to the world herself. On September 27, Dr. Ford testified about her alleged sexual assault from nearly 36-years ago before the Senate Judiciary Committee.

Judge Brett M. Kavanaugh issued an initial blanket denial of the assault and has steadfastly stood by that denial...not once wavering throughout the proceedings.

In her testimony, Dr. Ford referred to four classmates she could remember who attended the party, who could corroborate her claims against Kavanaugh. Those include Mr. Mark Judge, Mr. Patrick J Smyth, Ms. Leland Ingham Keyser, and Ms. Elizabeth Rasor.

"You never know how much a man can't remember until he is called as a witness."

If memories from more than 3 decades ago of an alleged sexual assault are considered questionable simply because of basic deterioration over time (Dr. Ford’s and Judge Kavanaugh’s), and/or because from the depths of buried emotional trauma from the event, one person's memory was somehow triggered by related current events and re-surfaced to consciousness in part but not whole (Dr. Ford’s), and/or because as a part of years of academic study and helping others reconstruct similar traumatic experiences in order to make sense of their own pain that same person’s memory was re-imagined to fit the tenets of known psychological science (Dr. Ford’s), can similarly-plagued memories from other individuals purported to have been present at the alleged assault make the memory in question any more believable or true…do they, can they, conceivably corroborate Dr. Ford’s claim (Mr. Judge, Mr. Smyth, Ms. Keyser, and Ms. Rasor)?

Add to the confusion the effects of imbibed alcohol (was Ford drinking? was Kavanaugh drinking? were the purported witnesses drinking?). What are we to make of the very basis of any of the assault claims and witness statements, other than the fact that Dr.Ford’s testimony, her re-telling of the alleged incident, was found by many reputable witnesses at the hearing to be very believable?

And. mind you, please understand that none of this surmising on my part is meant to suggest that what Dr. Ford said happened was not true, or that she was not sexually assaulted some 36 years ago at a high school party. I believed her testimony too.

Forgetting is one of the most common aspects of memory and remembering. It is so common, in fact, that we anticipate its occurrence, and plan ways to compensate for it during our daily lives.

Studies show there is a direct correlation between forgetting and the passage of time. The more time passes, the more we forget...memories degrade and eventually even lost, or, at least, very difficult, if not impossible. to retrieve.

The passage of 36-some years in the Kavanaugh-Ford case is considered by most to be a fairly long period of time. Memories after 3 decades are likely to be hazy at best.

"We have all forgot more than we remember."

Memories of trauma, like with all memories, are prone to distortion, and even more so. After a traumatic experience, people tend to remember more trauma and a more distorted version of the trauma than they experienced, and in many cases find themselves, unfortunately, re-experiencing it over and over again (PTSD).

In an effort to protect people after traumatic experiences, some aspects of the memory of it are buried in the deep recesses of the brain, and for the time are irretrievable. This is part of the brain's natural defense mechanism.

Over time, during the events of unintentionally remembering the original traumatic event (like with PTSD), people can also introduce new details that assimilate into the overall memory, thereby changing how they remember the actual experience.

"The memory represents to us not what we choose but what it pleases."

Repressed traumatic memories can and do resurface to consciousness. When these previously repressed memories resurface, they often do not do so because people want them to, or because people are ready to deal with them. They often emerge on their own, and without warning.

The problem is that false memories also arise to compete with previously repressed memories and since the original memories themselves also now contain their own anomalies, the overall validity of either set of memories can be challenged, making finding the truth of the experience even more difficult.

From a neuroscience perspective, the traumatized mind essentially redraws experiences almost compulsively, filling in gaps in an effort to better understand what happened. Other memory experts refer to this as a kind of mental 'activism.'

"When I was younger, I could remember anything, whether it had happened or not."

Research shows heavy drinking can damage both short and long-term memory and brain functioning. A study published in Alcoholism: Clinical and Experiment Research, showed that a typically heavy drinker experienced more than 30% more memory-related problems than persons who did not drink.

Alcohol simply chemically inhibits the transfer of information to short-term memory, and then to long-term memory.

"I always have trouble remembering three things: faces, names, and -- I can't remember what the third thing is."

The Validity of Trying to Corroborate Similarly-Impacted Memories

Any reasonable person, just on the surface of statements, testimonies, and written documents produced in the Kavanaugh Supreme Court hearing, would have to legitimately question the validity not just of each individual person's contribution to the content of this classic "he said, she said" case, but also the validity of wrapping all the information up together in an effort to attain a supposed "bigger picture," or "higher truth."

Unless we can remember accurately, we cannot possibly understand truthfully. The victims in this charade are Kavanaugh, Ford, all those who came forward in one way or another to tell "their" truth, and the American public. We all lost in this ruse. And the price we will have to ultimately pay may not be totalled for generations.