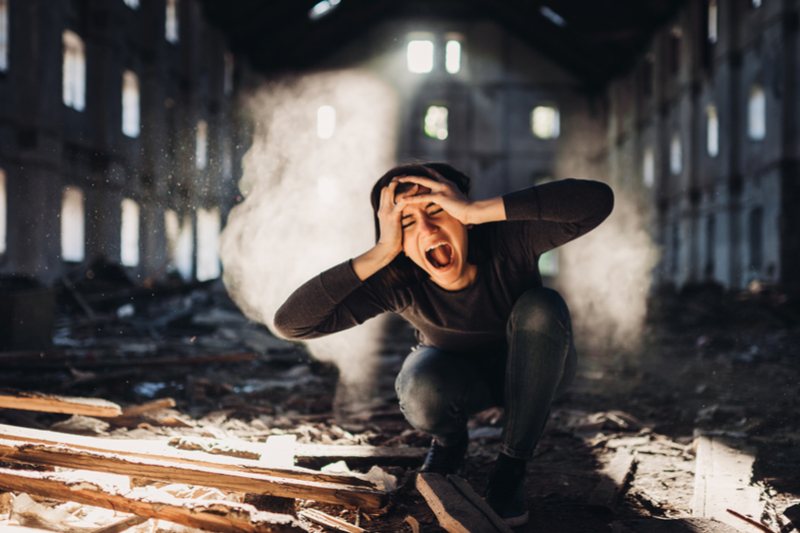 Nearly two years ago, the unexpected results of a presidential election angered nearly half of the U.S. population. Over the course of that time, we have witnessed the difference between those who were genuinely angered by their candidate’s loss in that election and those whose anger disorders have not let them have a moment’s peace ever since.

“First, we must acknowledge that some anger is a valid, necessary, appropriate and unavoidable human emotion.”

Anger in its simplest form is a basic human emotional reaction characterized by displeasure with a person, place, thing or event, and can manifest in varying degrees, from simple displeasure to extreme hostility. It is a feeling of tension caused by anxiety aroused by a perceived threat to one’s self-possessions, rights, or values.1

“It is not a question of whether we experience anger as much as it is how we deal with it.”

“Chronic repression or suppression of anger is counterproductive and, ultimately, futile and dangerous.”

Anger Disorder is a pathologically aggressive, violent or self-destructive behavior driven by an underlying and chronically repressed anger or rage. Such typically result from long-term mismanagement of basic anger, completely skipping the stages of healthy anger. Such is also possible via neurological impairment and/or substance abuse. What is essentially lost with Anger Disorder, or not developed in the first place, is the ability to resist aggressive, angry or violent impulses from within.3

Ultimately, for there to be any resolution or movement to a “agree to disagree” place of peace, all underlying anger must be consciously acknowledged, accepted, understood and its energy re-directed into a more constructive activity. It’s not going to go away on its own.3

“…anger is here to stay. The only real question is what we do with it.”

Two years later, on the eve of another election (mid-term elections), so many of those same voters are more than angry, they are enraged. Their representatives are telling them to shout and scream at voters and supporters of Donald Trump, until they leave the public places they frequent, like restaurants, stores, gas stations, and so on.

“If you see anybody from [the Trump] cabinet in a restaurant, in a department store, at a gasoline station, you get out and you create a crowd and you push back on them and tell them they’re not welcome anymore anywhere.”

Homeland Security Secretary, Kirstjen Nielsen, was driven out of a Mexican restaurant by hecklers claiming to be members of the Democratic Socialists of America party. White House Press Secretary, Sarah Sanders, was asked to leave a restaurant by the owner, telling her the current administration is “inhuman.” Senate Majority Leader, Mitch McConnel, was loudly harassed by another patron at a restaurant while trying to eat his dinner. And Senior Advisor Stephen Miller had to endure protestors yelling at him from outside his condominium home.

The harassment of Trump staffers and supporters has escalated into an organized campaign of intimidation and violence. Six in ten Presidential aides report they worry about the violence from anti-Trump advocates and nearly one in three say they fear it will come down to a civil war.5

According to the latest Rasmussen Report, 59% of all voters are concerned that those opposed to Trump will resort to violence if they don’t get their way. Thirty-one percent say they believe the United States is likely to experience its second Civil War5 if the blind anger of the left does not cool down.

Characteristics of persons with serious anger disorder include:6

Sound familiar? "Methinks" there is an Anger Disorder in the electorate!

3 “Anger Disorder: What It Is and What We Can Do About It,” Dr. Stephen Diamond.

4 “Democrats Don’t Have to Dodge Questions on Maxine Waters Anymore. They Have Their Marching Orders,” Becket Adams, 2018.

Lessons In Civil Rights Movements Taught By The King

How To Tell Your Friends That The Party's Over: Sober Beginnings