Home Essential Reads The Psychology of "The Caravan" 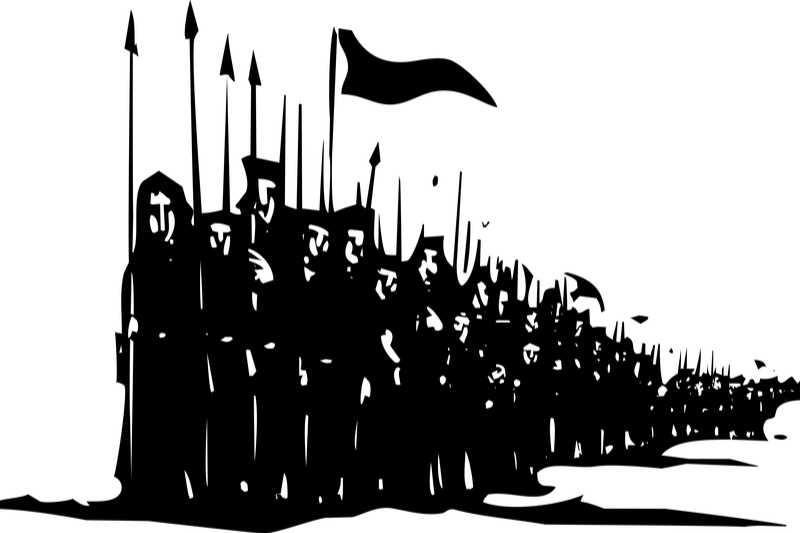 It's not that "The Caravan," thousands of Central American refugees, is headed to a border near and dear to you, it's that such a caravan could just as easily be you too.

"The caravan is more than two miles long. People near the end are stumbling."
Kate Linthicum, Private Reporter

On October 13th, 160 Hondurans began trekking north, seeking entry into the United States, citing continued violence and economic hardship as the reason for abandoning their homeland.1 Since that time, Salvadorans and Guatemalans have joined the Hondurans in the march, swelling the caravan to over 5,000 migrants.
On October 22nd, much of the caravan, now estimated at over 7,000, crossed over the border into Mexico, gaining momentum on their journey north to the U.S. border. However, instead of waiting to be processed properly by Mexican immigration authorities, the caravan broke apart fenced-off borders and stormed across with great force.

Most of those in the caravan are reportedly women and children, seeking asylum in the U.S., and the ugly truth behind their leaving their country is much less complicated than the political gambit being played out by North and Central American leaders. They're afraid and hungry. It's that simple; that basic.2
The Associated Press's Sonia Perez reported a woman told her she'd been hiding from gang members who mistook a tattoo she wore for that of a rival gang. Another woman told Los Angeles Times' Kate Linthicum that her son refused to sell drugs for a gang, and gang leaders responded by saying they were now going to kill his whole family.2

"Many people are leaving because they fear for their lives if they stay."
Dara Lind

Honduras is known worldwide as the "Murder Capital of the World." For every 100,000 citizens, there are 82 homicides annually.4 The population of Honduras is approximately 9.3 million. That's nearly 8,000 murders per year.

Almost 70% of Hondurans live in poverty. Many of those families make about $3.80 a day. Those in extreme poverty make roughly $1.90 day. And then there are literally thousands who are homeless and have no income. Sadly, those who can afford to buy food, have only a limited fare available, including coffee, beans, tortillas, rice, eggs, and some meat and precious few vegetables.4
Adding to the majority of Honduran's citizens fear and hunger woes, there is limited access to any kind of medical care, and most families have no access to clean water. And housing conditions primarily include one-room adobe structures, that more often than not do not include toilets.4
It's entirely possible that the fear of leadership in both Americas is as real as real can be, but it is not the basic concern of the majority of those marching together in the caravan. Previously deported individuals may well be using the cover of the caravan to sneak back into the U.S. There may indeed be convicted criminals trying to hide amongst those who are genuinely just trying to survive. And it's possible that terrorists are taking advantage of a pure humanitarian migration to sneak into the country to do their dirty work.

According to Dr. John Montgomery, writing for Psychology Today, human's basic emotions, like fear and anger, and our basic gut reactions to hunger, are designed to prepare us for action, for movement, to feel safe and secure, to survive.5
Homeostasis is a state of well being, both psychologically and physically. it is a state of positive emotions and physical feelings. When that sense of peace and wellness is threatened or disturbed, our survival mode kicks in, and we are biologically motivated to do whatever it takes to get back to homeostasis.5

"Homeostasis is where our bodies and brains want us to be whenever possible."
Dr. John Montgomery

We all share those same basic instincts. They are not foreign to us at all. We all have the capacity to fear and to hunger, otherwise referred to as "survival mode." And when those senses feel at-risk, we all act pretty much the same way...our bodies immediately begin work to get back to both a physical and psychological balance.5
Now think about the bulk of those marching in the caravan, not only will the march make them even more hungry, and even more fearful traveling into places they have never been, that fear and hunger is nothing compared to the fear and hunger that literally drove them to abandon everything and everyone they once considered home.
Given the same or similar circumstances, wouldn't you do the same? No matter where you are or where you are from if you were afraid for your life, and hungry for even a morsel of food, wouldn't you "run for the border" too, so to speak?
1 "What We Know About the Caravan Heading to the United States," Miriam Valverde, PolitiFact, 2018.
2 "The Migrant Caravan, Explained," Dara Lind, Vox, 2018.
3 "A Psychologist Explains the Limits of Human Compassion," Brian Resnick, Vox, 2018.
4 "Poverty and Crime," Proyector Mirador, 2018.
5 "Emotions, Survival and Disconnection," Dr. John Montgomery.

Is This Teen Singer The Unlikely Meeting Point Between Jeff Buckley...