As World Mental Heath Day is celebrated, the focus this year is in schizophrenia awareness. New research has made some interesting findings. Researchers are suggesting simple blood tests could tell if people are at a higher risk than others in developing schizophrenia.

According to the Mayo Clinic, schizophrenia is a severe brain disorder in which people interpret reality abnormally. The disorder may result in combinations of hallucinations, delusions, and extremely disordered thinking and behavior. Contrary to popular belief, schizophrenia isn't a split personality or multiple personality disorder. The word "schizophrenia" does mean "split mind," but it refers to a disruption of the usual balance of emotions and thinking.

It’s believed that schizophrenia is a chronic condition; requiring lifelong treatment so detecting it early could have a significant impact on those diagnosed. It’s a well established belief that the earlier someone receives treatment, the better the outcome is.

Dr. Diana O. Perkins and a team from the University of North Carolina published a report in the journal Schizophrenia Bulletin on foundings in their research in doing such blood tests as stated above. Today over 24 million people worldwide are dealing with schizophrenia (about 7 people in every 1,000) and this could make a big impact for patients.

Past studies indicate patients with schizophrenia have abnormal levels of markers of inflammation, oxidative stress, metabolism and hormones. With this in mind, Dr. Perkins and her team analyzed blood samples of 32 patients with symptoms that suggested a high risk for psychosis, alongside blood samples of 35 control subjects. The team wanted to examine whether presence of the markers could predict which subjects would develop psychosis. The participants were clinically assessed every 6 months and then had a follow-up again at 2 years.

Their findings state that among the 32 patients at high risk of psychosis, they were able to identify a group who developed psychosis through the presence of 15 specific markers in their blood. Of these patients, 14 had schizophrenia, 13 had unspecified psychosis, two had major depression with psychotic features, one had a bipolar disorder, one had schizoaffective disorder and one had a delusional disorder. Their findings state that further research will be required before the tests are available. 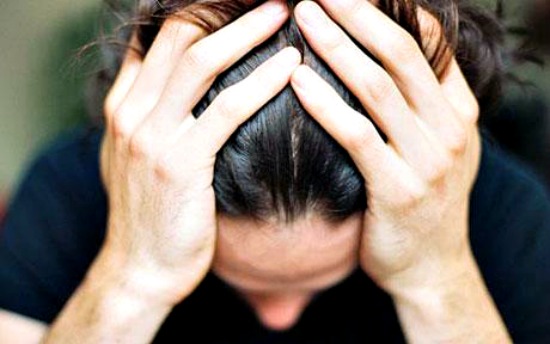 To Parents of An Angry Troubled Teen or Young Adult: Here's...