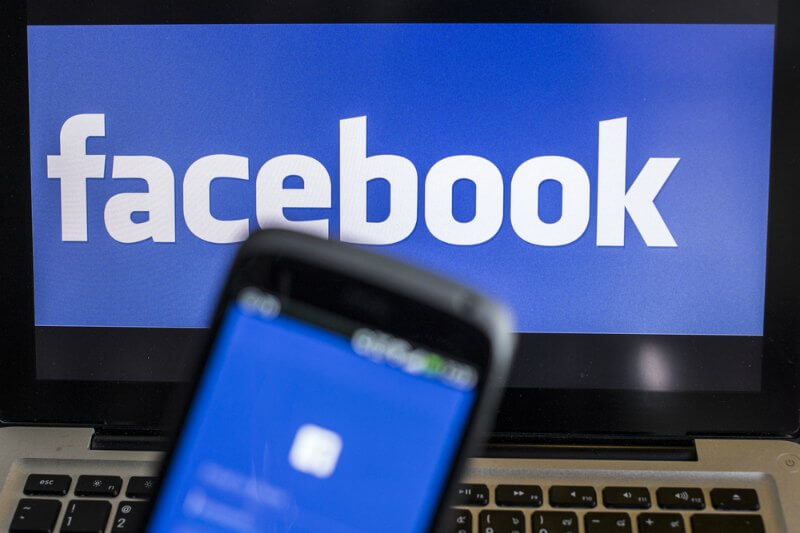 It seems like every week there's another study out about how the increasing omnipresence of social media is destroying our lives. Or how sitting in chairs for more than a few minutes each day is killing us. Or that staring at screens is making us stupid. Or that we can't remember our names anymore because of Google. But then there you have it. That's the world in 2013. Our chairs really are probably killing us. I can barely remember more than a few phone numbers. Sometimes, I shamefully prefer to stare at a screen than to talk to a real live person. And I do feel a lingering sadness when I use Facebook, as though I am depriving myself of something essential that I used to get all the time.

A recent University of Michigan study that appeared in the journal PLOS One has demonstrated that users of Facebook show a declining pattern of moment to moment happiness, as well as a decrease in overall life satisfaction, which continues for as long as they use the site.

It's tough for many parents to know what the right choices are when it comes to social media and the web. Research suggests that getting some real face time with other people should help, but if your daughter appears to have a more serious problem, a treatment facility that Therapy Insider can help you find may be able to apply the right structured approach to therapy. Call 1-866-439-0775 to learn more.

Why is Facebook causing us to feel sad? After all, Facebook's stated mission is to make the world more open and connected. We certainly are more networked than we have ever been before. But is that the same thing as connection? Is the ability to contact a long, lost friend an increase in global openness? Perhaps a connection on Facebook is only skin deep. Maybe in the past, life was sorting the friendships we truly need by giving us signals to stay in touch with those who really matter to us. Maybe all of these new and old friends are extra, a distraction that is getting in the way of our ability to feel happiness.

Facebook has changed the way we communicate with each other by connecting us with more people while simultaneously diminishing the intimacy of contact we have with nearly everyone. Our fundamental conceptions about what constitutes friendship and intimacy have been altered. We feel connected to people we barely know. We may feel estranged from our family or close friends while we're interacting with the site. We have moved from active engagement with one another to mediated engagement. You do something fun. Someone takes a picture of it and posts it on Facebook. They, or you, or someone else tags you in that picture. It appears in my news feed. I Like the picture by clicking my mouse, then I scroll down my news feed until I want to "interact" with another "friend".

Some people have wondered whether it's social comparison that has us feeling bogged down when we use Facebook. Is the problem that we are comparing our mundane everyday experiences to the shareable highlights of people that we barely know in our social networks? Pictures from a concert festival, or a European vacation, or even just a great weekend, may very well have the potential to leave you feeling down when you look at them at work at 9 AM on a Monday morning.

Of course, interaction on Facebook doesn't feel rote or mechanical while you're doing it. In a recent article in The Atlantic, Alexis Madrigal made an interesting connection between social media and Las Vegas gambling. As Madrigal points out, MIT anthropologist Natasha Schüll has come up with a term to describe the state that many gamblers enter when they spend long amounts of time at a slot machine. She calls it the Machine Zone. Gamblers often spend enormous amounts of time staring at a slot machine, putting in pennies, or nickels or quarters, or other frightening amounts of money. But when it comes down to it, do they hope to win, or have they entered some kind of autopilot where the mere interaction with the machine is its own reward?

When we use Facebook, we are interacting with our computers in a very similar way to the gamblers. We believe that Likes, comments, shares and other endorsements offered by others constitute genuine interaction, just as we view the tiny rewards built into a slot machine, such as 'wins' that still allow you to lose money on a turn despite the flashing lights and whooping sirens. In actuality, maybe these interactions were intentionally designed to create a feedback loop that deepens our emotional buy-in to the site and increases the amount of time we stay logged in.

Facebook has been an inarguably incredible tool for communication for many people. That may or may not justify some of the excesses that some users are driven to in their reliance upon the site. However, it is important to remember that most websites are designed to achieve maximum engagement. In other words, the goal of most sites is to get you to spend as long as possible on that site. To trap you. When an entity with a commercial interest in trapping you and can successfully rewire our emotional circuitry and fundamentally alter our concepts of friendship and connection, we must be fully aware that we are walking on dangerous ground.

It turns out that the people most likely to experience a decline in overall happiness while using Facebook are those who have the most face to face interaction time otherwise. And there is a very simple cure for what ails Facebook users. The cure for the Facebook blues is to stop using Facebook. It is scientifically proven that direct interactions with others make human beings feel better.

Feeling down? Go for a walk with a friend. Facebook will still be waiting for you when you get back.

Can One Yale Professor Help All Parents Become Emotional Experts