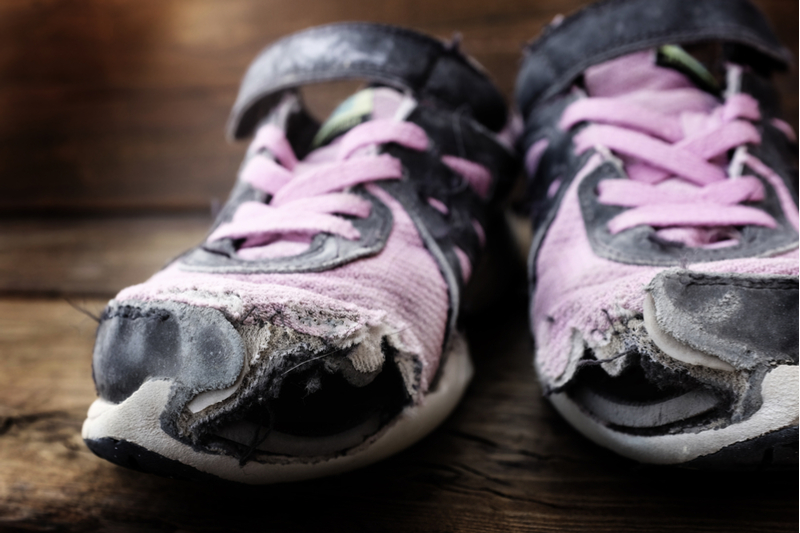 No Child Should Ever Be Homeless…Ever!

“Bless the beasts and the children

Give them shelter from the storm

Keep them safe, keep them warm.”

--sung by The Carpenters,

“Stop!” yelled my front-seat passenger, as I slammed on the brakes, throwing us both up onto the dash. Wondering “what the hell?” and searching her eyes for some kind of good reason for such an abrupt stop in the middle of the street, I eventually looked where she was looking, out the now altogether-too-close front windshield, and it all became quite clear.

Two men with stiff and dirty hair, not to mention likewise clothes, had just pushed a large blue garbage dumpster behind the car ahead of us, blocking it from backing up. The crusty duo looked at us as if they hoped we would drive around the dumpster and get ourselves trapped there too. Who knows what they had in mind, but we were not interested in finding out.

“Back up and turn around!” my friend finally yelled. I had no other choice but to comply.  I didn’t like what I saw ahead either.

As far down the road as we could see, men and women, like rotting zombies, wandered slowly up and down, and back and forth across the street, sometimes along the sidewalks and stopping on street corners too, with nothing apparent to live for and no particular place to go. Others curled up in the shelter of assorted store doorways, as litter floated over them like ghosts in the freezing evening breeze.

Tarps of every color stretched here and there along the sides of the street, forming barely recognizable shreds of human shelter, though surely not of hope, but only sheer survival.  Piles of human waste, and sometimes wiping paper balled up on top, dotted the sidewalks, while discarded needles and cardboard shards jutted out and about and around.

Broken down cars and bikes without wheels stopped dead in their tracks, blankets with holes and no warmth to spare, and vacant stares that no longer longed for anything different, except to see no more, lined a portion of East Rossi Street in Salinas, California, when we were there. And the only solace of that glum view was that there were no kids in sight…at least not that night, as far as we could see.

Roughly half a million people in the U.S. are homeless. And that number does not reflect the hundreds of thousands of people who use an emergency shelter or transitional housing each year, or who shack up with other down-on-their-luck families, or who rent hotel or motel rooms temporarily.

Overall, the top 3 causes of homelessness nationwide is a lack of affordable housing, unemployment and poverty or low wages. However, nearly half of the homeless population in America is women, many with children in tow.  The number one cause of homelessness for those mothers is domestic violence.  And sadly, children represent one-quarter of the overall homeless population, approximately 125,000 of them.

Rounding out the other significant causes of homelessness, let’s not forget chronic substance abuse, persistent mental or emotional illness, displacement by disaster, family tragedy, and personal preference or choice.

The definition of “homelessness,” according to the U.S. Department of Housing and Urban Development, is (paraphrased and summarized):

Communities across the nation are for the most part doing what they can to help the homeless.  A partnership between the City of Salinas, the County of Monterey, various local homeless service providers, and the Community Foundation of Monterey County is focused on making a difference. With the homeless population soaring 57% over the last 3 years in Salinas alone, lots of hands have been busy pitching in, contributing over $250,000, with more to come.

When it comes to helping homeless children, with the help of local, state and federal resources, school districts lead the way. Nearly one-third of the Salinas City Elementary School District’s student population are homeless.  The district’s Homeless Education Family Resource Center has been combating youth homelessness since 2013-14.  Local hospitals, churches, and support agencies have been in there battling too.

But What About Those Who Are Not Yet Homeless?

But what about working to prevent homelessness from happening at all? What about identifying those children who are the most at-risk, the most likely to become homeless in the future…before they become homeless.  Can we see it coming?  Are there red flags early on?

The Greater Victoria Coalition to End Homelessness, in a 2014 manifesto entitled “Youth at Risk of Homelessness—Identification and Action,” say early identification is possible, and that all the stops can be pulled out from the get-go to help it to never get legs, both helping the children and their families.

With early identification, and swift referrals to services that can help, helping agencies must always be at the ready to take immediate action, whether it be churches, hospitals, support agencies, counseling service and family crisis centers. Schools must be the “point man” in the process, though, getting the ball rolling at the drop of a hat.

There is an “association of childhood emotional, physical and sexual abuse with [eventual] homelessness,” said Harold Green in an article by the same name in 2002.

You can see the prospect of homelessness coming down the road when drugs and alcohol are abused by parents, when children themselves are abused, when children come from mothers who have been victimized, and children of single parents with low incomes.

Kate Sommers-Dawes talks about the existence of a “systemic homelessness,” in her article on “Surviving Homelessness.”  When a car seat is a makeshift bed, or when home is a concrete floor and a garbage-bag roof, the prospects for surviving and getting out of the homelessness loop are grim.

The “obvious solution” says Sommers-Dawes is to “provide permanent and affordable housing for all,” and as needed and when needed, “provide supportive services” to deal with the complexity of mental illness, addiction, or chronic unemployment.

“No child should ever be without a home,”