Home Inspirational Have an Amazing Sober Life, Not an Abusive One 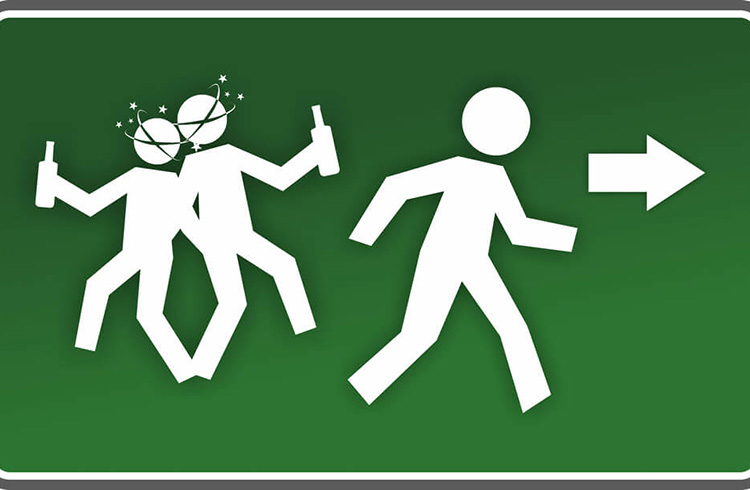 Sobriety is boring, mundane, offers no opportunities for fun, and makes nothing better or more interesting... Or does it? Many people feel that they can not have a good time without some sort of outside stimulus, whether that be with alcohol or drugs.  Do you really need it though? Is it possible to have a good time, or be creative while being sober?

On any given weekend night, you'll see the twenty somethings hit the club, ready to have a good time. Their bodies are out on the dance floor moving rhythmically with one another, and the DJ orchestrates this experience like some sort of conductor. The DJ is not the only thing driving this behavior, though. The night of dancing and music is interspersed with trips to the bar, and for those that know where to look, other mood enhancing drugs such as ecstasy, molly and even cocaine.

As the night wears on, some of those bodies are becoming more out of sync, but they still feel they are having a good time. However, as the substances take hold, judgement begins to wane. This manifests in different ways, but is always easily observable. Sometimes, it's someone in the crowd who gets a hot head and feels the need to start a fight. For others, their standards may have been lowered and they end up going home with someone they normally wouldn’t have.

In the morning, when the sun begins to rise, the after effects of the night before begin to take their toll.  There are the hangovers to be dealt with and for some, the morning also brings the sudden realization that you have no idea where you are, who you are with, or what you even did last night.

For those that reach the level of blacking out and not remembering what they did, it would essentially be like going to bed without partying and letting someone hit them on the head all night while they slept.  Not exactly a night of fun. So, if you get to the point where you can’t remember what happened, what is the point of doing it at all? Is it really that fun?

Does Drug Use Weaken Other Experiences?

A common argument for alcohol consumption is that you can’t have fun or be creative when you are sober, but is that really true? Is having a foggy mind or out of body experiences what makes something fun?  There are many natural human experiences that can give us a similar reaction. The rush of adrenaline from an intense situation like skydiving can cause your heart to race and your senses to become heightened.  There are other natural highs, which actually lead to higher levels of dopamine, when encountering moments of pleasure or love.

By using drugs, we are bypassing the body’s natural way of releasing hormones and flooding the body instead. This constant flood eventually creates a tolerance and it requires more stimulus to get the same feelings. If you are constantly short cutting this process with drugs or alcohol, when the body does encounter moments in life when the natural release of these hormones takes place, they will be released in such a small amount that they won’t feel as strong as they would for a sober person.

We all heard of musicians or artists like Eminem, Russell Brand, and Robert Downey Jr. who have created some amazing work while drunk or high on some substance, but did they really need it?  Creativity comes from the life experiences that we go through everyday. By using drugs to supplement these experiences, a person is no longer completely in control of the outcome. Instead, they are just along for the ride.

There are many people who have been on the substance abuse free fall and eventually hit rock bottom. At that point, they are then faced with the task of choosing one of two roads. They can do nothing to make a change and continue on the path of destruction, or they can realize that they don't need to be dependent on substance abuse to be able to get through life.

From those that have chosen to abstain from alcohol and drugs, it is often reported that they have a clearer mind and that their creativity has actually increased because they feel in control. They can make greater use of their life experiences and convey these artistically for others to see.  They can take pride in their work and not feel that it was because of drugs that they are successful.

Grab Life by The Horns

This doesn’t just apply to musicians and artists though, it applies to everyday life.  When a person feels that they need drugs or alcohol to give them the confidence they need to get through a certain situation, they may get the confidence that they are looking for but they are not really in control. They are still dependent on drugs to be the person they aspire to be.

Instead, choose to believe in yourself. Know that you have to ability to be in control of your thoughts and feelings and that you don’t need to “enhance” those experiences with drugs or alcohol.  The beauty of life is being able to remember our past and feel of sense of accomplishment. If you are constantly abusing substances, then you may be missing out on the little moments that make life special.  So give it a try, put down the drugs or alcohol and see what you might be missing.

Does Violence in the Media Actually Make Kids More Violent