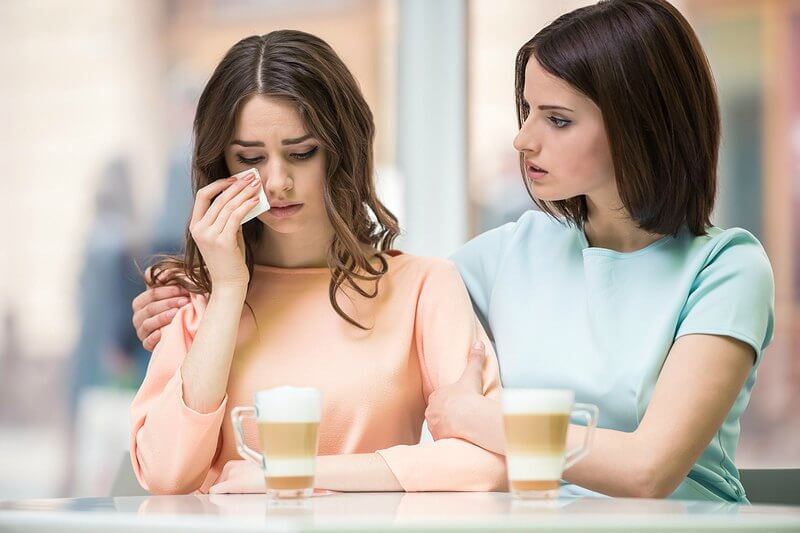 Empathy for others in pain is a remarkable human trait and characteristic.

Those folks who are sensitive toward others in pain are among the most liked and appreciated people on earth. Who doesn't love a thoughtful empathetic person, especially when we are the one hurting?

People with empathy toward others are thought to be relatable, kind, compassionate, understanding, and loving. These characteristics are very attractive, and people who are able to empathize for others seem to be some of the most successful and joyful people you'll ever meet. There are endless advantages for empathetic people. Therefore, as parents, it is important for most of us that our children learn empathy. The good news is that science has shown that empathy is learned, and can be developed.

"We can strive and work hard on becoming more empathetic, more caring, and shift our focus on ourselves to focus on other people. We can learn to be present, caring, and understanding... if we are willing to do the work."

If you were to think of someone you know that displays little to no empathy for others, what word or term would you use to describe this person? I can think of a few choice words (words that are inappropriate for this article, like asshole!). If it seems like people are born with empathy, and some are not, you would be wrong. It is my opinion that we can develop empathy if we are determined to do so. And, as parents, it is important to know that we can teach our children to become more empathetic.

I read an interesting article this morning about empathy for others. I found it on ScienceDaily.com in the Science News section. The article is a summary of a recent study about empathy conducted by the University of Colorado and published eLife.

The original article posted in ScienceDaily.com in Science News on June 14th, 2016.

Empathy for others' pain rooted in cognition rather than sensation

Source - University of Colorado at Boulder: Summary - The ability to understand and empathize with others' pain is grounded in cognitive neural processes rather than sensory ones, according to the results of a new study.

"The ability to understand and empathize with others' pain is grounded in cognitive neural processes rather than sensory ones, according to the results of a new study led by University of Colorado Boulder researchers."

The findings show that the act of perceiving others' pain (i.e., empathy for others' pain) does not appear to involve the same neural circuitry as experiencing pain in one's own body, suggesting that they are different interactions within the brain.

"The research suggests that empathy is a deliberative process that requires taking another person's perspective rather than being an instinctive, automatic process," said Tor Wager, the senior author of the study, director of the Cognitive and Affective Neuroscience Laboratory and Professor of Psychology and Neuroscience at CU-Boulder.

"A study detailing the results was published online today in the journal eLife."

Empathy is a key cornerstone of human social behavior, but the complex neural interactions underlying this behavior are not yet fully understood. Previous hypotheses have suggested that the same brain regions that allow humans to feel pain in their own bodies might activate when perceiving the pain of others.

To test this idea, the researchers compared patterns of brain activity in human volunteers as they experienced moderate pain directly (via heat, shock, or pressure) in one experimental session, and watched images of others' hands or feet being injured in another experimental session. When volunteers watched images, they were asked to try to imagine that the injuries were happening to their own bodies.

"The results suggest that within the brain, the experience of observing someone else in pain is neurologically distinct from that of experiencing physical pain oneself."

"Most previous studies focused only on the points of similarity between these two distinct experiences in a few isolated brain regions while ignoring dissimilarities. Our new study used a more granular analysis method," said Anjali Krishnan, the lead author of the study and a post-doctoral research associate in the Institute of Cognitive Science at CU-Boulder while the research was conducted. She is currently an assistant professor at Brooklyn College of the City University of New York.

"This new analysis method identified an empathy-predictive brain pattern that can be applied to new individuals to obtain a brain-related 'vicarious pain score,' opening new possibilities for measuring the strength of activity in brain systems that contribute to empathy."

The results may open new avenues of inquiry into how the brain regions involved in empathy help humans to relate to others when they experience different types of pain. Future studies may also explore the factors that influence one's ability to adopt another's perspective and whether it might be possible to improve this ability.

Seven Ways to Improve Your Empathy

Story Source: The above post is reprinted from materials provided by University of Colorado at Boulder. Note: Materials may be edited for content and length.  "Empathy for others' pain rooted in cognition rather than sensation."