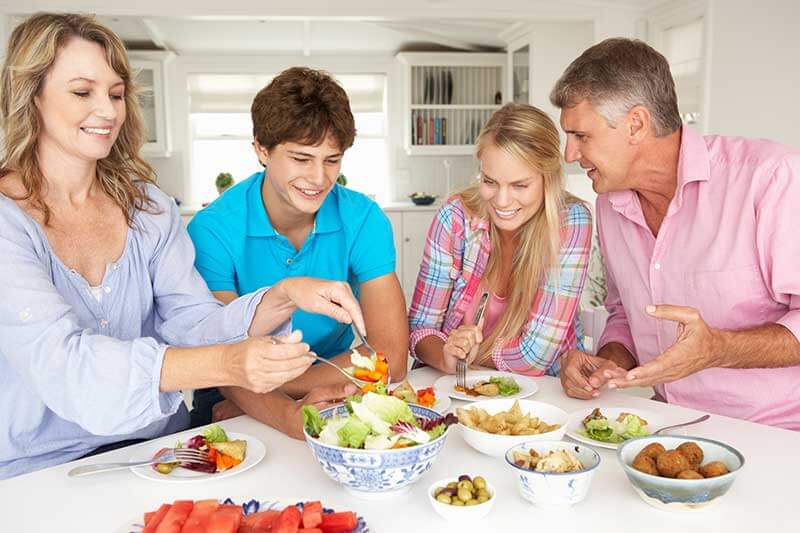 Four years ago, when I began working on a book about the secrets of productivity, I had a hidden motivation: I wanted to figure out how to eat dinner with my kids. Both my wife and I had demanding jobs. We have two sons – now 7 and 4 – and knew it was important to eat dinner together. But it proved consistently impossible for us all to sit down at the same time. Every morning, we would announce our intentions of leaving work early enough to dine as a family. But one thing would lead to another, we would get delayed at the office, and then the babysitter would call to say that the children were starving and so we would tell her to appease them with snacks.

Most parents know where this leads: Kids all hopped up on Pirate’s Booty, parents guiltily sipping wine while re-heating leftovers, full of self-recriminations and promises that next week, things will be different. Until, that is, next week rolls around and the same thing happens again.

So, when I began interviewing exceptionally productive companies and people for my book, “Smarter Faster Better: The Secrets of Being Productive in Life and Business,” I often asked them to help me solve our family’s woes. I eventually found a solution in the most unlikely of places – an old car factory – and a method known as “the Five Whys.”

In the 1980s, the Japanese car manufacturer Toyota opened its first American plant in Freemont, Calif. The factory was guided by a management philosophy known as the Toyota Production System, which at its core holds that even the most complex problems have simple causes – if you know how to look for them.

For us, “the Five Whys” worked in a fairly straightforward manner. We began by identifying a problem: We never managed to have family dinner. Then we explored, at the most surface level, why that was true: Because my wife and I always got home later than we expected.

Then came another question: Why were we getting home so late? The answer was that, although we intended to leave the office by 5, we often found it impossible to walk away from our desks because there were so many miscellaneous tasks we had ignored during the day.

That prompted the third question: Why had we ignored all those tasks? Well, inevitably, we arrived at work each morning just as our first meetings were starting, and so rather than deal with unread memos and emails, we put them aside until later in the day – and then, when we finally got to them, there were new memos and emails that demanded our attention.

The fourth question: Why were we arriving at work right before our first meetings, rather than earlier in the day? Because although we always intended to leave the house at 8 and get the kids to school, we usually ran late, and didn’t get out the door until 8:20 or so.

And, finally, why were we leaving the house later than we planned? Because it took so long to get the kids dressed in the morning that we always left later than we expected.

Using the 5 Whys to Find the Source of the Issues

We had started by identifying a problem — we never managed to have family dinner — and by using “the Five Whys” found a root cause: Our kids were taking too long to get dressed in the morning. Before conducting this exercise, I had never suspected that there was a connection between our morning routines and our evening mealtimes. But once we forced ourselves to ask why after why, it was clear what needed to change. If we could convince our kids to get dressed earlier, we could make it out the door faster, and in turn would have time at our desks to deal with emails and memos before the day started getting crazy, and then we would be able to leave work earlier, and make it home in time to have dinner together. So we instituted a new family rule: Now, each night before going to bed, our kids lay out their clothes for the next day, and then they get dressed as soon as they wake up.

Researchers have found that this method of looking for root causes works in dozens of settings. “The Toyota Production System is arguably the most important invention in operations since Henry Ford’s Model T began rolling off the production line,” the Harvard Business Review observed in 2011. The Five Whys is “a process of continually asking questions until you get to the root cause,” and getting closer and closer to a problem until you understand what’s really going on. The Five Whys method has helped managers eliminate waste, aided executives in figuring out what projects to pursue and which to discard, helped children understand how to analyze problems and find solutions and assisted teachers in creating environments where even underperforming students can succeed.

Productivity: Thinking More Deeply About Choices We Make Each Day

At the center of the Five Whys – and the reason it’s so effective – is a basic insight: “Productivity” means different things to different people, but at its core, it’s about thinking a little more deeply about the choices we make every day. For my book, I interviewed neurologists and executives, as well as the filmmakers behind “Frozen” and teachers who transformed the Cincinnati school system, and found each of them echoing this idea. Productivity isn’t about running faster or pushing yourself harder, but rather, about working smarter and paying a bit more attention to what is really going on.

Nowadays, our kids are dressed every morning by 7:30. They choose their outfits the night before, and we’ve made a game of laying out their clothes before they fall asleep. It’s a small shift in how we get things done, but the impact has been profound: Mornings are calmer, we’re out the door more promptly, we get home from work earlier and we usually have dinner as a family at least three times a week. Applying business strategies can’t solve every problem in every family, and productivity isn’t every family’s goal, but understanding how to analyze problems by drilling down to their roots can go a long way toward making life easier.

And in my house, learning to make small adjustments in our routines is delivering big returns. Parenting will never be considered a purely productive activity – but it’s getting easier, and better, every day.

Charles Duhigg is the author of “The Power of Habit” and “Smarter Faster Better: The Secrets of Being Productive in  Life  and Business.”