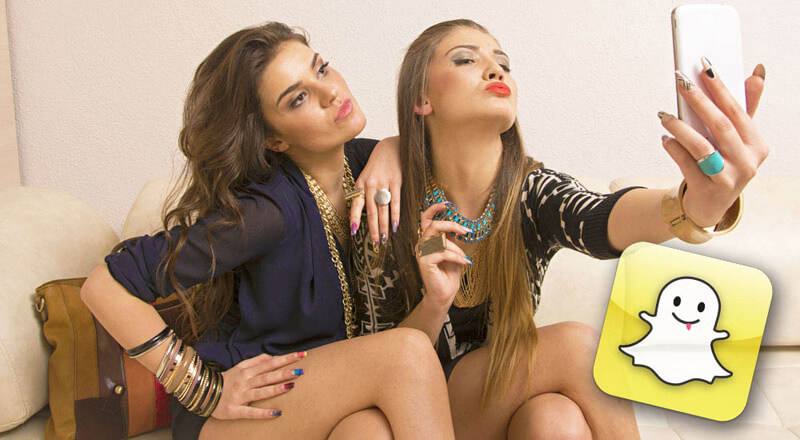 The newest update for Snapchat has taken on a life of its own it seems, and even has teens scrambling to hide under the table.

While this is obviously going to frustrate teachers even more in their battle against the smartphone, it is also obvious that Snapchat is becoming more common and battling its other social media cousins.

For teens, the allure of Snapchat is the anonymity—their pictures, and now messages will almost instantly disappear. The new update has enabled their communication with their friends to poof as though it had never even happened, and for teens who are constantly crying foul over what they may consider their parents’ “breach of privacy,” this is ideal. Their parents and teachers can confiscate the cell phone but find little to point fingers at.

The new update also enabled an instant video calling that purportedly gives a more “Right there” feel for those that wish to talk from far away. There’s no calling or hanging up, just a mere touch on the screen of their chat, and the two people are connected. Life the finger, and the video stops.

Teens love the idea of being secretive, versus the very public display that Facebook has become. Not only that, but Facebook has been “taken over” by adults—parents and grandparents are all over Facebook, and really, who wants to talk about the cute boy in science class with family members watching? Facebook has messaging of course, but that doesn’t disappear without manually erasing.

Teens want their own space, even virtually, and Snapchat seems to be it. Having the teens glued even more to their phone with the new update (because, oh my God, they can message) may be discouraging but it’s a trend that will be difficult to fight. I submit that it already is. We, as parents and teachers, need to find the balance of the technology/social aspects that have become a main part of so many lives. Technology will continue to advance—Snapchat will continue to update—and we will continue to search for the best way to embrace and moderate it.

You Need to Talk About Domestic Violence With Your Teen Boy Who...

NekNomination: A Drinking Game That Is Also A Pretty Stupid Way To Die