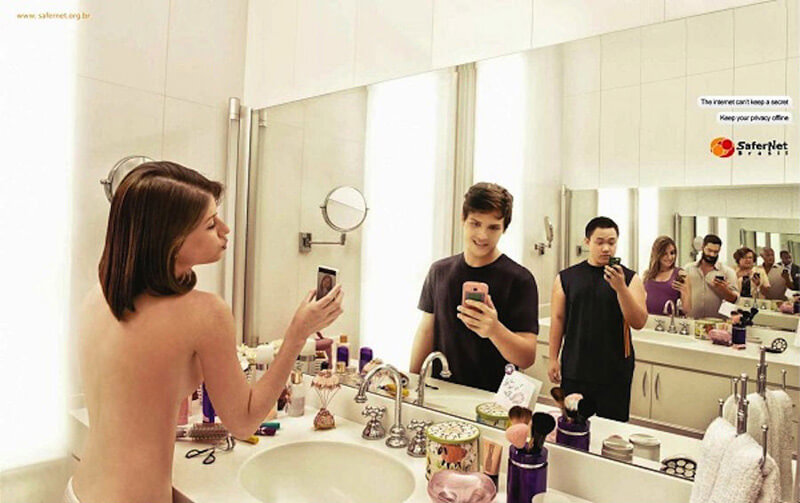 We keep bringing up the discussion about the NSA and their spying on the American people (as well as many other countries). We make it so easy for them with our constant connection to the internet, it’s almost like we’re asking them to do it. But what does it say about us when we are fully aware that people are spying on us digitally, and we’re still ‘sexting?’

Teenagers, especially, are guilty of doing this. Their bodies are going through those neat little changes of puberty, and they’re starting to feel those sexual feelings that come at that time of their lives. They don’t want their parents to know what they are up to, but they like the thrill that comes from experiencing sexual activity for the first time. With the advent of things like snapchat and smartphones, this type of thing is more prevalent than ever. Even with snapchat, there are no guarantees that what you’re sending will only stay with the person you’re sending it to.

Sexting isn’t the only abhorrent behavior people partake in. The war-grounds social media sometimes becomes can bring out the worst in people. Have you ever read the comment section of a Youtube video? Have you seen some of the stuff people post on Facebook? Endless amounts of drama, promiscuity, and plenty of negativity to go around. The problem some people don’t realize is that employers and colleges look at social media profiles.

What Are The Consequences?

A simple Google search will reveal a ton of information about a person. After searching for a personal friend, I was able to find where they live, their phone number, pictures, and even a mugshot from a misunderstanding with the police (it’s a long story). With the right amount of dedication, a person could find much more information than that. Do we really care enough to do anything about this? Until it affects you personally, probably not. It’s just not something that we think about.

Going back to sexting specifically, it’s impossible to know where those pictures and text messages will end up. Relationships go sour. People lie about not sharing those naked pictures to get what they want. People sometimes accidentally send naked pictures to places they don’t mean to. It’s an easy mistake to make. So before you go too crazy, maybe think about what you’re doing and the potential (and very possible) consequences of your actions.

Its So Easy To Forget How Simple Life Can Be

Could A Sports Injury End With Your Teen Addicted To Heroine?