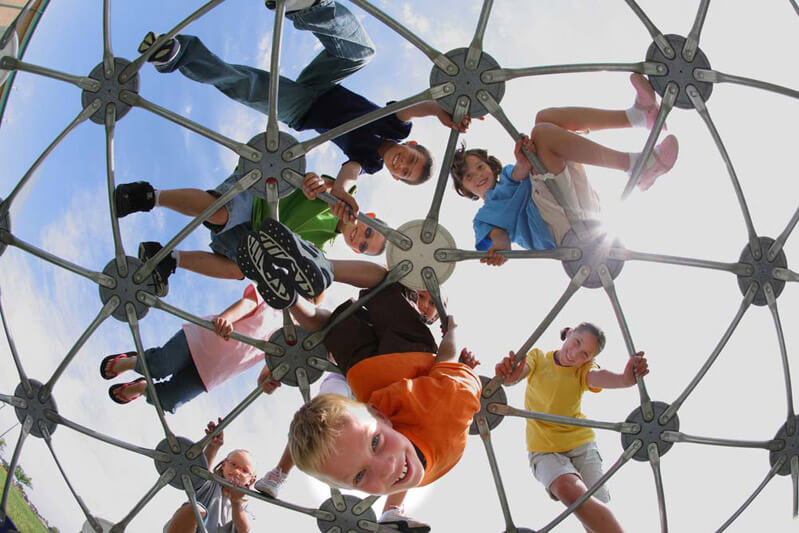 Looking back as a kid there were a lot of times where at recess we could play a random game of tackle football, Red Rover, or walk across the monkey bars and a teacher wouldn't yell at you.  Nowadays it seems like kids aren’t allowed to go outside without wearing SPF 100, putting on their padding, and straping on a helmet. Ok that’s a little overkill, but the meaning behind it is still the same.  We try and protect our kids from getting hurt, or making bad choices, but really we are short changing them for their future.

Studying to find out how to get children to play more

One school in New Zealand threw the rule book at recess literally, and have seen great success from the more lax standards.  They partnered with a joint study from AUT and Otago University to understand the effects of play time at recess and what would be the best option to encourage the children to engage in more active play.

One of the problems that the school faced was purchasing playground equipment. There were so many regulations to follow that the only equipment that they could purchase was static, with no moving parts, and as the kids put it “no fun.”  The kids didn’t really play on it because there was nothing to do on it.

Changing all the rules

The school then decided to take the lessons learned from the study and go a step further.  They took all the rules that they had created to organize play time and threw them out.  The kids were allowed to play rough games, get dirty, climb trees, and use their imaginations. Many of the teachers completely frowned upon this idea at first fearing that it would turn into complete chaos and that the children would get hurt, but just the opposite happened. Well except for the chaos part, but it wasn’t chaos from children getting into massive amounts of trouble, it was chaos from active children playing and having fun.

The implementation of this new program saw many positive outcomes, the amount of bullying, vandalism, and children in time out diminished considerably because the children were too busy being active.  That meant that fewer teachers were required to watch them at recess, and they could rotate more and spend more time on class preparation.  The kids became more engaged in class because they could use their pent up energy on the playground instead of in the classroom. The combination of teacher preperation and engaged students has lead to a better learning environment.

The funny thing is that they aren’t doing anything new, they are just going back to the days before we were bombarded with health and safety regulations.  Are we doing the same, with our kids, do we try and wrap them up in bubble wrap so that nothing bad can happen to them?  By letting kids take chances on the little things it prepares them for later on in life when they need to make the big decisions. It may not seem like a big thing whether they can decide if a tree is too high to jump out of, or if they should throw a mud ball at someone, but it’s those times that they get to practice and truly understand the consequences of their actions.  That isn’t something that can be entirely taught, and by making all those choices for them at an early age, it leaves them lacking in that department when they grow to be adults.

The Surprising Impact Music Has On Your Brain