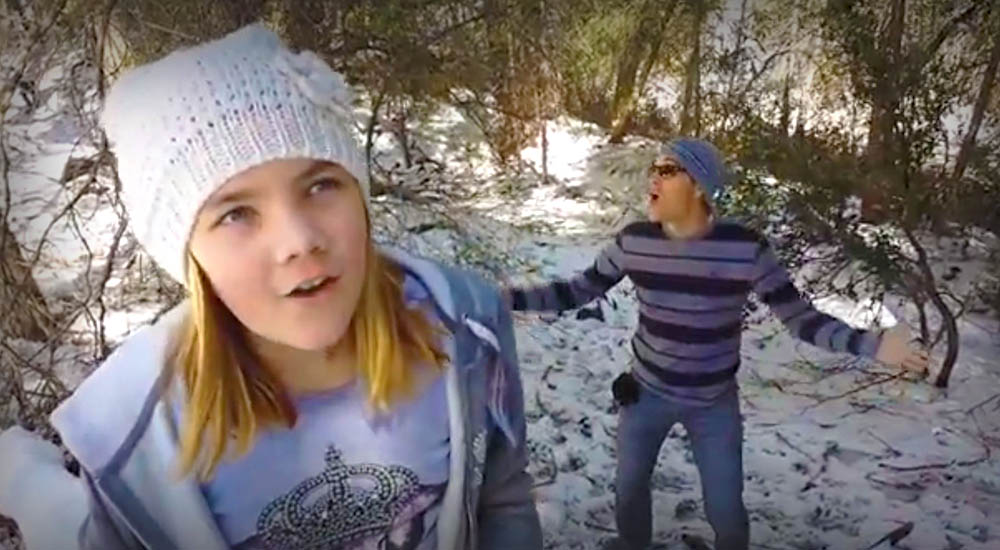 This video cracks me up every time I watch it. Not just because the dad is well—a leetle dramatic. Not even because she just doesn’t know and is singing her heart out like any diva on a woodland Broadway stage. But because, as a parent, I get it.

Don’t get me wrong. I fully admit that it’s possible that this dad has been practicing the lines to Elsa’s song for weeks, alone in his bedroom, looking at the tiny mirror that hovers over his wife’s dresser. I’m going to submit, however, that this is unlikely. No, I believe this dad knows all the words to Frozen’s song because he’s heard it half a freaking million times.

And it’s possible that he’s never even watched the movie.

Parents, you all know what I’m talking about. Your child latches onto a movie or television show and suddenly—it’s everywhere. On their pillowcases, bedrooms walls, wrapping paper, books, toys, every TV in the damn house—yeah. It’s there. And it doesn’t matter that you’ve never actually sat down and watched all of Frozen, Wonder Pets, Blue’s Clues, or Dora, The Too-Young, Where-The-Hell-Are-Her-Parents Explorer—you know who all of the characters are, you know which ones sing, and almost guaranteed, you know what the words to every freaking song are. That’s just the life of being a parent.

My four-year-old and youngest child first adored Tangled and is now infatuated with Frozen. I have yet to watch all of Frozen, but “Do You Wanna Build A Snowman” is going to be the death of me in about one more week—as it will not leave my head. In previous years, my house was overrun with Hannah Montana and Lightening McQueen. Another year, Troy from High School Musical was standing in my basement in the form of a huge cardboard cutout (can you say creepy?) while I prepped ten little girls for the prom by doing their hair and nails and questionable makeup.

This entire video makes me smile, because not only is the little girl actually a fantastic singer, and not only is it hilarious that she isn’t aware of what her father is doing behind her, but because in this he has proven one very clear thing: He is a dad. This man has been taken over by the same franchises that we have, and he’s doing the only thing he can in the face of his impending insanity: He’s embracing it.