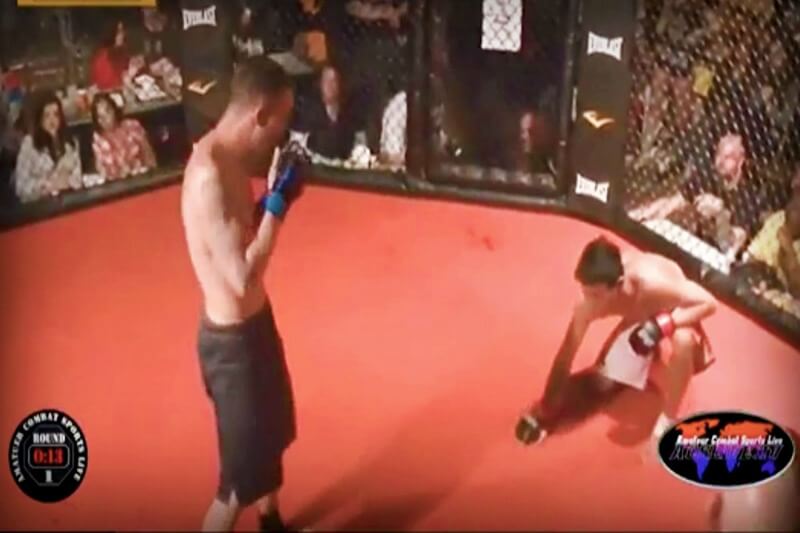 A Rare Example Of True Sportsmanship

Anybody who watches MMA knows that mismatched fights can often be the most brutal. When a fighter is much better than his opponent but not quit good enough to finish him quickly, it often turns into a prolonged and painful beating. These are the types of fights in which people get the most serious injuries, particularly concussions, and most fans don't even want to watch something is more of test of how much punishment someone can take than a true competition. This is exactly what was happening in the amateur mma fight that took place between Mike Pantangco and Jeremy Rasner, but it didn't play out like is usually does. When you see this video you'll be shocked at what Pantangco does when he realizes his opponent isn't really able to fight back.

Instead of looking for a highlight reel knockout or simply waiting for the ref to decide Rasner had taken enough damage, Pantangco took it upon himself to stop the fight. This is an act of compassion that is rare not only in sports, but in any area of life. Pantangco would rather take a loss than risk injuring Rasner. This couldn't have been an easy choice. MMA fighter train for months to get ready for the demands of a fight, and for most people it would be unimaginable to throw that preparation away for the sake of your opponent. Even without money on the line, as it was an amateur fight, this is a huge sacrifice to make for a stranger. How many of us would do the same? Probably not very many.

So what can we learn from this example? Perhaps the most important lesson is that sometimes you have to put other people's well-being ahead of your own goals. This can be difficult. I'm sure that a skilled MMA fighter like Pantangco has dedicated a great deal of his time and effort to getting to that level. Part of him probably wanted to put his goal of winning the fight first, regardless of the consequences for his opponent. It's this that makes it so admirable that he was able to see what was happening to his opponent and stop the fight.

Not All Teenagers Are Terrible, In Fact Some Are Exceptionally...

82 Percent of Americans Cannot Solve Basic Math Problems! Are You...