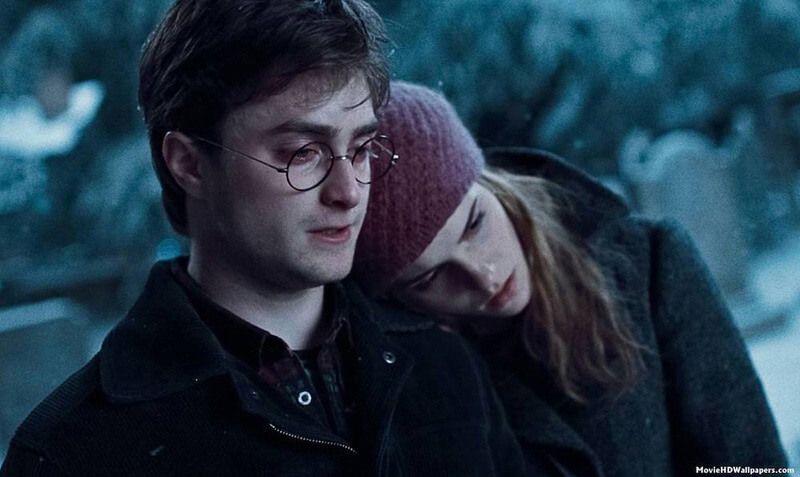 In a startling confession, author JK Rowling admitted that she made a mistake in marrying Hermione Granger to Ronald Weasley in her famed Harry Potter series.

In an article for The Sunday Times, Rowling said, “I wrote the Hermione/Ron relationship as a form of wish fulfillment. That’s how it was conceived, really. For reasons that have very little to do with literature and far more to do with me clinging to the plot as I first imagined it, Hermione ended up with Ron” (thesundaytimes.co.uk).

While there are many Potter fans who have hoped for a Harry/Hermione romance, (there is a slew of fan fiction portraying this) the rest of us are crying foul. Why should Hermione have picked Harry?

In so many stories, the main female and male characters get together. Though Ron was still a main character, he was not the hero, the one who had to face the ultimate evil. Nor was he the smartest or the most handsome. Ron was the lovable, goofy, red head that shivered in the face of extreme opposition, but always managed to somehow stick by his best friend. Usually, this is not the type of character that gets the smart, pretty girl, and so their romance was refreshing.

In addition, Hermione Granger is known throughout Potter-land (and even elsewhere) as being the charming, sassy, brilliant and brave girl that not only helped to save the Rowling world, but even the boys around her on more than once occasion. She was an independent female, capable of making her own decisions, and even some for others.

Should They Have Gotten Married?

If Hermione had married Harry, her own independence would have been overshadowed by the strength and popularity that is Harry. She would have ceased, in many ways, to be the ever-powerful Hermione Granger, and been the girlfriend/wife of the powerful man, the one who destroyed Voldemort. Young women everywhere have looked up to Ms. Granger as the sassy, loveable woman who always spoke her own mind and led the class in almost every subject. Why, then, should they watch her as the woman to stand behind the most influential man of his time?

Don’t get me wrong. Obviously, Harry is an upstanding guy and more than a little handsome. But his standing in the story of Potter is obviously one of great power, and leaves no room by his side for a woman like Hermione.

So what about Ginny? Ginny is smart, beautiful, and quiet, and an excellent compliment to a man of Harry’s stature. She is no less important or intelligent than Hermione, but chooses a different role, and asserts herself in different ways. Not everyone wants to be the outspoken feminist.

So no, Ms. Rowling, Hermione should not have married Harry. You got it right the first time. The Weasley siblings, Ron and Ginny, are an amazing support to the powerful, independent people they married.

Alcoholism and Art: Great American Writers and Why They Abused Alcohol