Home Essential Reads Did You Know That ADHD Has No Choice? You Will Now... 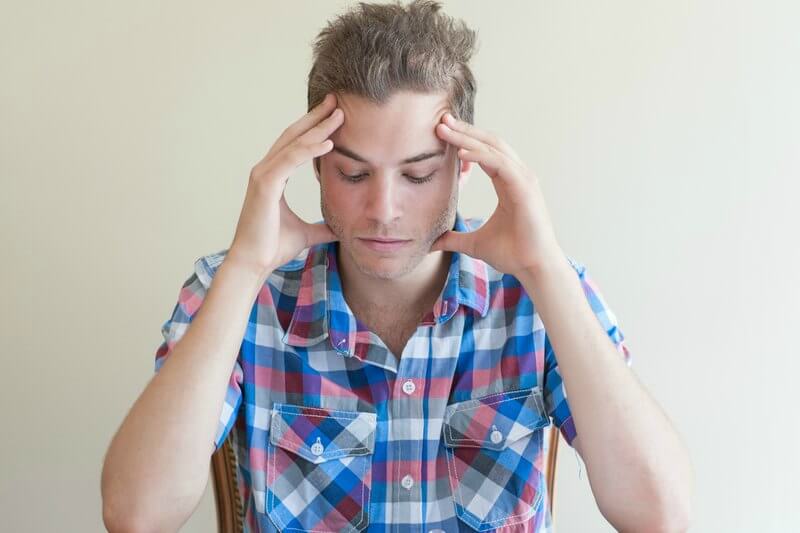 A real definition of ADHD is hard to present unless of course you live with ADHD.

Those with ADHD, especially adults, know that they are different from almost everyone else. I certainly did. Basically, at an early age, I knew that I was different. As a child, I engaged the world differently than my siblings and peers.  The internal compass I used to navigate seemed to be broken too.

It wasn't until I was twenty-nine years old that I was diagnosed with ADHD, which then explained everything. Today I am 55, and I thoroughly enjoy ADHD - but only because I came to understand it, and learned how to manage my uniqueness in ways that served me, and others - especially my wife and co-workers.

A few years back I did something very unusual. I got a big tattoo on my back. But it wasn't just any ole tattoo. This tattoo represented the defining term of my life. My tattoo displays proudly across my upper back, "Misunderstood". Being misunderstood most of my life is not a bad thing, at least not to me.

"Having ADHD is actually a good thing, but only because I came to know how to interact effectively with the rest of the world. Knowing more about ADHD, and understanding it fully, has lead me to believe that I am the lucky one."

I can tell you that it took awhile for me to accept the ADHD diagnosis. It took even longer to do something about it. For example, my first attempt at college was a disaster, and I struggled for years and finally opted out just before graduating. Later, after I embraced ADHD, I returned to college and ultimately excelled. My GPA was close to 4.0, and I actually completed two degrees. My life changed for the better, and I never looked back.

There are many who will never understand my unique personality, or approve of the way I maneuver through life - and that is okay. I stopped caring about those who misunderstand me long ago. I like the way I am, and I try to enjoy the advantages of ADHD. For those who love me are "enlightened people". They are incredible, and they seek to understand while resisting judgment. I am very fortunate. I have come to appreciate people who care more about others than they do judging others - and it's all because of my ADHD.

Kelly Babcock writes for the PsychCentral Blog and he is known as the "Man of Distraction." Kelly writes about the reality of dealing with ADHD from a personal perspective and does a very good job describing what it is like. He is straight forward, uses a little bit of humor, and is very witty. For a fresh perspective on ADHD, I recommend following Mr. Babcock. Here is his latest article about ADHD.

ADHD Has No Choice

The original article posted on PsychCentral Blog by Kelly Babcock on June 14th, 2016.

I already know about ADHD …

If you don’t have ADHD, then you may not know these things. But that’s okay, I’m going to tell you, then you will know.

You may think that ADHD is being absent minded. That’s not true. Our minds are never absent, they are always present, they just like to be present in a way to many trains of thought. We can’t help that.

You may think that we have too many things on the go. That’s not entirely true either. We do try to multitask, even though nobody can multitask really. Not even computers truly multitask. They do what everyone does, they allot slices of time to each task and do each of them for a little bit, constantly rotating.

We do that too, but we sometimes lose the list of tasks in our mind and drop several of them. We can’t help that.

"You might also think that we are lazy. That’s also untrue. I do so much on a daily basis, even I have trouble keeping up with it all, remembering it all."

It’s true that we procrastinate. But when we procrastinate, to the untrained observer it would appear like we are just trying to get out of doing things that we don’t want to do. And I can’t deny not wanting to do those things.

But the truth is …

You may be laboring under the misconception that we are, for want of a better term, stupid. That is patently false. We are of at least average intelligence … on average, and some anecdotal evidence suggests that we are actually above average.

What may make us appear stupid isn’t a lack of intelligence, but a need for instant gratification that drives us to skip the thinking parts of decision making. And to add to that, we have issues with a thing called executive function. That’s the thing that convinces other people to think things through before making decisions. Our executive function is often compromised, and some of it may actually be learned and applied by other parts of the brain.

"And all of that, that mash up of things that causes us to make rash, or hasty, or foolish decisions, we can’t really help that."

But here’s something else you might not know. We are determined to make the most of this life. We are not generally quitters. If we were, we’d have given up, given in long ago. We do not go quietly down in defeat. We do not often accept the harsh judgment. We will not stop moving forward. We will not take a back seat, and rarely will we take a passenger seat in life.

You see, we know something about life, about our lives. And that is that there is every chance that we will only get this one. And we are damned if we will accept the hand we were dealt and accept your uninformed criticism of how we handle this life too.

That’s something we can help! That’s a choice we can make. And I choose not to listen!

What it's like to live with ADHD by Katie Couric

Effective Families Are Built From the Ground Up