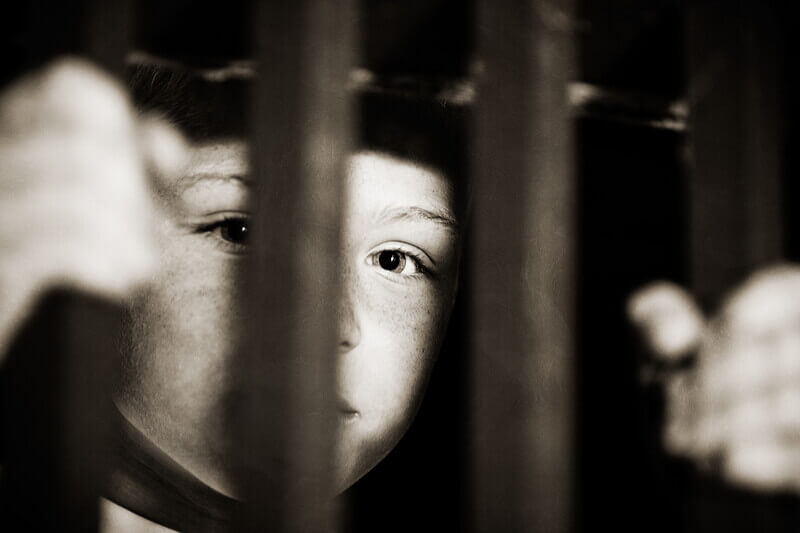 Our country has a major problem with its juvenile court system: it does not rehabilitate troubled teens. As of now, our juvenile court system allows our nation's children, who commit felony crimes, to face years of imprisonment, as well as a permanent stain on their record that screams "DO NOT HIRE ME" to any potential employer for the remainder of their lives. With this harsh system in place, it's no wonder that children, whose brains are far from fully developed, turn to life-long criminal behavior after serving a hard time in an all-too-adult, juvenile detention center. With that being said, there are those within the system who are dedicated to improving the archaic and ineffective process that our judicial system chooses to handle troubled youth.

Jimmy Hung is the head of juvenile prosecutions for King County, Washington. Everything changed for Jimmy one day when a colleague mentioned Rimon, a 15-year-old troubled adolescent, was charged with felony robbery charges. Jimmy's colleague went on to explain that there may be an alternative, more proactive way of rehabilitating juveniles and that Rimon was a candidate for the alternative prosecution.

Rimon had admitted to stealing a cell phone and two pairs of Air Jordan sneakers from another teenage boy. As a barely pubescent child, Rimon's life was in critical danger of taking a turn for the worst. He was now facing a possible prison sentence of 2 years while being branded a felon - a proverbial nail in the coffin when it comes to most employment opportunities, voting and securing loans - for the rest of his life.

Hung goes on to say, "in my world, being tough and strong and battling in litigation is something we pride ourselves on, “But we know that the more kids are touched by the juvenile justice system, the worse off they are.”

Fortunately for Rimon, Hung decided that he would be the first teen to be enrolled in King County's therapeutic alternative to lengthy jail sentences. Through their new system, Rimon would receive intense family and individual counseling sessions geared towards helping Rimon understand the full weight of his crimes, as well as help him gain a deeper knowledge of who he was and what he was capable of achieving outside of a life of crime.

While Hung and King County are turning to proactive alternatives to the revolving door system of our nation's juvenile penal system, they are not alone. In Vancouver, Wash., they have been using a similar system since as early as 2000.

Eric Gilman, a former restorative justice coordinator for Clark County, says, “It helps change the conversation with a young person and humanize what happened. It’s not just about you and the police." Gilman goes on to say,“We’re trying to get them to see, it’s not all about you.”

The juvenile judicial systems in King and Clark Counties of Washington state, provide a legal model that saves taxpayers money by keeping children out of prison. But, most importantly, it is effective in changing the lives of young people who would otherwise become a product of their violent and criminal environment - We as a people that make up this great country owe our children's futures by following the template of King and Clark Counties.

King County tries counseling, self-reflection instead of jail for teens

For Further Reading on This Manner, Please Visit The Link Below:

Attempting to stem the flow of youths into prison, King County court officers are hailing their first juvenile felony case to be handled through restorative justice, rather than traditional prosecution. Two more cases are right behind.

via Counseling and self-reflection instead of jail: http://www.seattletimes.com/education-lab/counseling-over-jail-king-county-risks-new-approach-to-teen-crime/

Does Marissa Mayer Have Asperger's? What Does It Mean If She...