Home Therapy News Your Cell Phone Is Killing You... 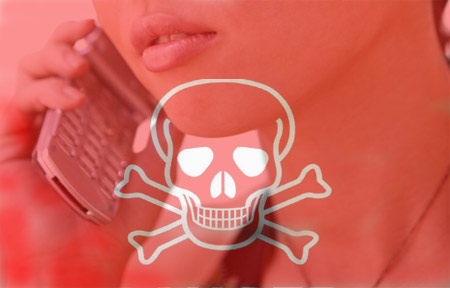 ... or at least that is what medical conspiracy theorists want you to believe.

Typically the general public views conspiracy theorists as outcasts of society, often rolling their eyes at their theories. We tend to believe they represent a small fraction of society, however that might not be the case. It seems that when it comes to conspiracy theories, half of all Americans believe in those of the medical nature. Did you register that? That is fifty percent! If I were to put two of you in a room, there’s a great chance that one of you believes in medical conspiracy theories.

Why is this the case? What is it about medical conspiracy theories that makes half of our nation believe in them? In order to even attempt to answer this question, we need to understand the theories. From vaccinations causing autism, to cell phones causing cancer. There are even some who go so far as to suggest that the Food and Drug Administration is purposefully keeping natural cures for cancer off the market for the sake of big corporations.

What gives these theories any credibility? Could it be a willingness to believe there are evil corporations who are hell bent on killing off the weak and poor by denying them products that could save their lives? Perhaps it is a combination of personal experiences and lack of knowledge mixing together to create a toxic batch of misinformation which is then spread through various social media sites, not unlike a disease.

Then again, it could really boil down to laziness. When presented with a theory that sounds even remotely possible, it is easier to accept it as fact instead of questioning the validity. Nevermind there are people who have done, or are in the process of doing, research. Nevermind they have scientific backing that contradicts the medical conspiracy theories.

Facts just get in the way.

People would rather trust their friend, who heard it from another friend, who heard it from their aunt, who had a boss who once dated a guy who worked in the mailroom of an office that once got a magazine about health and fitness, or worse… they would rather trust themselves. How can this be accepted as factual, when in any other circumstance we would roll our eyes and walk away? Sadly, it may never make sense.

Let’s assume, however, that you are tired of being apart of the fifty percent of Americans who blindly believe and you want to join the other side. What can you do? In a world where information is literally at our fingertips, the first major step is taking the time to find out if the information you are being told is accurate. This will, more often than not, require you to visit several legitimate sources. Don’t be afraid to question.