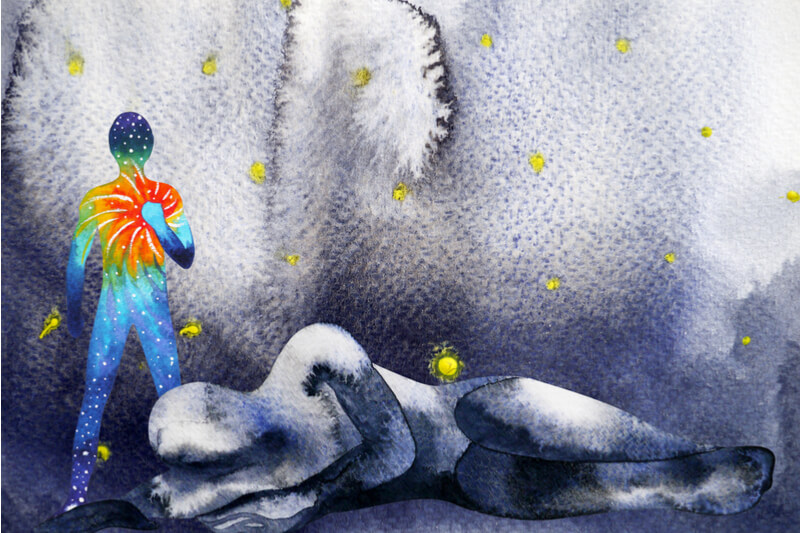 Negative Body Image: Do We Do Near Enough in Schools?

I was always the smallest kid in school through my junior year. I was born 2-months premature, weighing in at a strapping 3 pounds, and stretching to a gangly 12-inches. Finding a desk small enough for me to climb in and out of in elementary school was always a challenge. My 5th-grade teacher nicknamed me “marmoset” in front of the principal and all my classmates. That moniker stuck with me through middle school. No football for me, either. Mom said she was worried I’d get hurt. And shower time at the end of P.E. each day was a battle for survival. Odds were I was going to end up begging for someone to let me out of my locker.

It’s not just girls who struggle with negative body image. Boys do too. I know. I stumbled hard down that long road, and no one said boo. I ate everything in sight. I lifted weights. I even prayed to God I would get bigger. But nothing ever happened. I weighed 65 pounds my freshman year in high school. Upperclassmen, even some of my own classmates, picked on me at will. It was never a sure thing I would make it to my next class. Any garbage can along the way was likely to see my ass.

I didn’t know it then, but I know it now. I wasn’t alone with my negative body image. I had a classmate who was scrawny like me, but just a tad bigger. For him, though, it was his ears. They were huge. And he heard about them every day. The teasing was relentless. I made it through all the taunting, eventually graduating and going on to a 3-decade career in education.  But Larry committed suicide during the Christmas break his freshman year. And if that was not sad enough, his freshman picture, for some sick reason, kept appearing along with his class in subsequent yearbooks. Even when there was no more body to feel bad about, the jeering continued on.

The Fat and Skinny of Body Imaging

About 90% of all women report they are unhappy with something about their bodies. And about 40% of men report the same, recently said DoSomething.org in Negative Body Image Stats. But sadly, less than 10% of those seek appropriate or professional help, instead choosing any number of harmful means of coping.

Such percentages start gaining serious momentum in childhood, even as early as 6 years old, leading to full-blown self-esteem problems by the ages of 11 or 12, says Heather Gallivan in “Teens, Social Media, and Body Image” (2014). The primary influences, she points to, include family, peers, and media.

“Instagram and Snapchat are the worst apps for teen mental health.”

Body image is a big part of a person’s well-being.  It is not just a mental picture of your own body, but also an attitude about it as well, with emotions tied tightly to each personal view. Toddlers at 2 start recognizing themselves in mirrors. At 4 and 5, they start comparing themselves with others, focusing mostly on clothing and hair. Soon after, it’s weight and shape as well. By the time they hit 6, a social-cultural awareness, or at least a version of it, begins to emerge. And between 12 and 15, teenagers start to look for ways to soften the pain they feel, or they begin to withdraw socially.

The seeds of negative thinking and feeling have already been sown, watered, and are beginning to flower into shamefulness, helplessness, pessimism, depression, anxiety, apathy, and even anger. The bar of comparison raised by family, friends and the media is constant, always in your face, daring you to do something about it…either actively or passively.

Besides withdrawing, many teens turn to food, leading to eating disorders; to drugs and alcohol, leading to substance abuse issues; and even to pain, leading to cutting and even suicide. The constant exposure to idealized “good looks” becomes too much, and all the struggling teen can think of is making it all go away…sometimes considering making themselves “go away.”

The beginning of turning the negativity around is when a teenager recognizes that the image of they have of their own body is a terrible distortion, not at all a reality. Therapy, treatment, healthy eating, regular exercise, positive self-talk, and avoiding the cesspools of media, are all next steps that have to be taken to one degree or another.  They are the road to recovery.  Teens must learn to accept themselves as they are and then only focus on the positives.

“Body image is learned. It has to be un-learned.”

Lessons Learned, and Lessons That Never Had a Chance

So, how did I survive, when my classmate chose the most extreme and inappropriate solution possible?  I don’t know for sure. My family helped me focus on the positive in everything I did. My peers were always there for me.  I never felt alone. And the media was never a constant reminder for me that I just didn’t measure up. What I saw and heard on television and radio was a challenge for me, a constant reminder of what I could become.

“It all comes down to what you think of yourself.”

I don’t know anything about Larry’s family. I know he had friends, but maybe even those few joined in on the parade of teasing. And I have no idea what effect the media had on him. All we know is that whatever he had going for him was not near enough in his mind to withstand the tide going against him.

Looking back on my time in high school, and over my career as an educator, one thing I know for sure is that the high school we attended did not provide a secure enough safety net for anyone.  It didn’t just let Larry down, it let him fall through.  My guess is that his suicide surprised everyone. But, should it have? Were any signs evident for a professional to see who chose to even look?

Damn it, shouldn’t it be someone’s only job in school to do nothing but look at each and every kid who walks through those classroom doors, and then marshal whatever resources necessary as speedily as possible when red flags appear, and maybe even when they don’t. Negative body image and low self-esteem drive everything developmentally for teenagers. It’s no mystery. We can bet the farm on it. So why don’t we make such screening and intervening priority number one for all our students? Why should there ever be a dead Larry?

The Shocking Response Toward The Latest School Violence