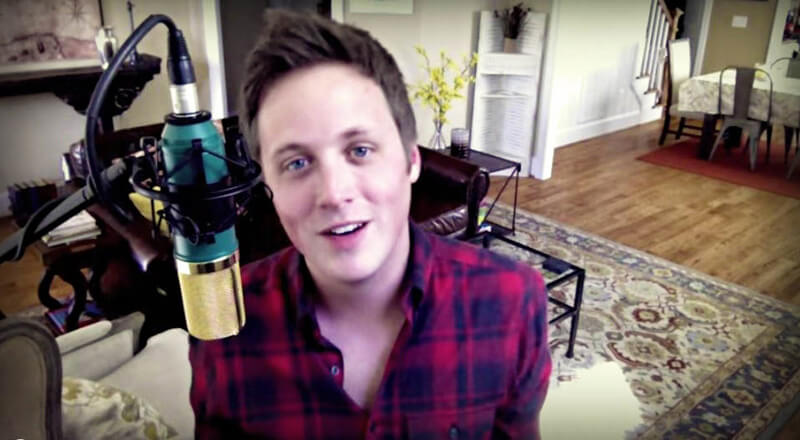 If you're American, then you've heard the "The Star-Spangled Banner" performed at almost every sporting event you've ever attended and probably on many other occasions as well. With this song being performed so frequently, most singers try to bring their own style to the song in an attempt to make it fresh. Almost without exception they fail, but this video is that one exception. Chase Holfelder has taken an old standard and made it remarkably fresh. When I listened to this song, I was shocked how big of a difference changing to a minor key can make and you will be too. Watch this video and listening to a teenager open up a high school baseball game will never be the same.

If you like this version of "The Star-Spangled Banner", check out Jimi Hendrix's version of our national anthem.

The Most Difficult Challenge A Musician Can Tackle

If you're not a singer, then you probably don't understand the difficulty of what you just saw. If you are a singer, then your jaw is probably still on the floor. Transposing a song from a major to a minor key is incredibly challenging, and Holfelder pulls it off effortlessly. To accomplish something like this so flawlessly requires the vocalist to be able to change the song perfectly within their mind. It isn't as simple as hitting different keys or strumming different cords like it is with an instrument. It's obvious that this rendition of "The Star-Spangled Banner" is truly the work of a great singer. I'm sure most people will agree with me when I say that I can't wait to see which song Chase Holfelder takes on next.