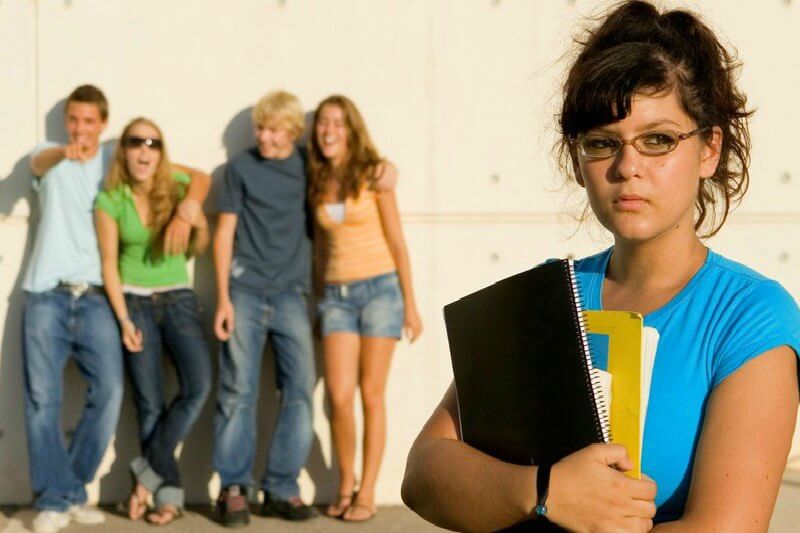 Life is hard for any high school or middle school student, but does popularity make life any easier? A study out of the University of California and Pennsylvania University investigates this question. It is typical to think that people of lower social status are targeted more often for bullying, but this might not be the case.

However, it was also found that students received more harassment and bullying as they climbed the social ladder. This means that students who approached the upper 5% but had not made it into this group were actually bullied significantly more than peers who were very unpopular.

The life a student is fraught with troubles and fitting in is not easy. Are those students that fit in the most - the most popular students - the least vulnerable to harassment? This study suggests that is exactly the case. But what about the other 95% of students?

The most fascinating result of this study suggests that students that are moving up in social status are increasingly vulnerable to bullying and this doesn't just impact their high school years. Bullying can negatively impact an individual for years and even an entire lifetime.

I have personally seen bullying change an otherwise outgoing and confident person into an introverted hermit. During the teenage years, bullying can have an immense impact on a person, permanently changing them.

One would intuitively believe that a person would receive less and less bullying as social status increased. This research has found the opposite, showing that students higher on the social scale become more and more targeted for bullying. It seems that as students become more well known that they are more vulnerable to harassment.

It was also found that females experienced significantly more bullying than males of similar social status. It is important to understand these aspects of bullying, as it is a major problem in schools today. It is important for school administrators and parents to be aware of bullying and how it may affect their children or the children in their classes. Even some of the most popular students are not immune to bullying.

About Therapy Insider: Therapy Insider is a powerful resource for families wanting straightforward answers to today’s problems. We recognize the challenges that exist for parents battling with a child caught in the grip of addiction, a spouse suffering from an emotional setback or a young adult struggling to leave the nest and find their way into the world.

This site acts as a bridge between the problems we all face and the solutions that are just around the corner. Our goal is to educate Parents and Troubled Teens by providing them access to a news worthy line-up of articles, videos and feeds that offer fresh, real-world perspectives on the problems they are facing.

Are we Overreacting to the Dangers of Youth Sports and Concussions?