Home Must Reads What Does Music Do To Teens? 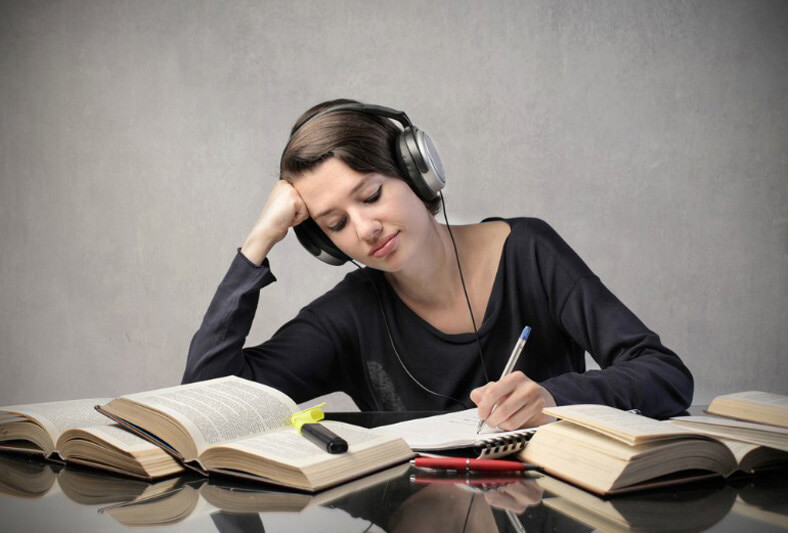 Although parents have long wondered about the influences—both good and bad—that music can have on their teen, today’s parents may have more reason for concern. As of 2013, teens spend an average of 7.5 hours a day consuming media, including listening to music, watching music videos, and playing video games with music in the background. As a result, parents are increasingly asking themselves: How does music affect teens?

Is Music Linked to Illicit Behaviors?

With a number of musical genres today—country, pop, classical, indie, alternative, etc.—teens have access to plenty of music that can send both good and bad messages. However, one type of music has consistently boasted a reputation for having a negative influence on teens. Numerous studies have found that teens who listen to rap music are more likely to be involved in illicit behaviors, such as drug use, promiscuity, and attacking or threatening others. Research also indicates that techno and reggae music are associated with alcohol and drug use, while rock music is linked with violent behavior.

Can Music Predispose a Teen to Suicide?

Over the past several years, “emo” music has been blamed in a number of cases of self-harm and suicide. Lyrics in songs sung by groups, such as My Chemical Romance, are said to glamorize suicide leading to an increasing number of troubled teens making suicide attempts and succeeding.

The Positive Influence of Music

Before you rush to ban your teen from listening to music, it’s important to understand that it can also have a positive influence. Music has demonstrated an ability to help ease tension and frustration in teens, as well as help calm them down and muster up the momentum and energy they need to get through the day. Upbeat songs, such as “Happy” by Pharrell Williams have also shown an ability to improve a depressed or melancholy mood.

How Concerned Should Parents be About Music’s Influence on Their Teen?

It is important to know what your teen is listening to, as well as how often they listen to it. If your teen is constantly listening to songs that send a negative message, take the opportunity to talk to your child about the message that is being sent and how they feel about it. At the same time, encourage the listening of all sorts of positive music—music can stimulate the brain and increase the learning curve. Explore different types of music with you teen. This can be a learning opportunity for the both of you.

Sedona Sky Academy is an all-girls residential treatment center that specializes in excellent academicsc and therapeutic assistance. To find out more, call us at (855) 290-9680.

What Responsibility Do Employers Have for Employees with Drug...

School Leadership and the Importance of Truly Professional...