Home Parenting On Purpose How Should Parents Feel About E-Cigarettes 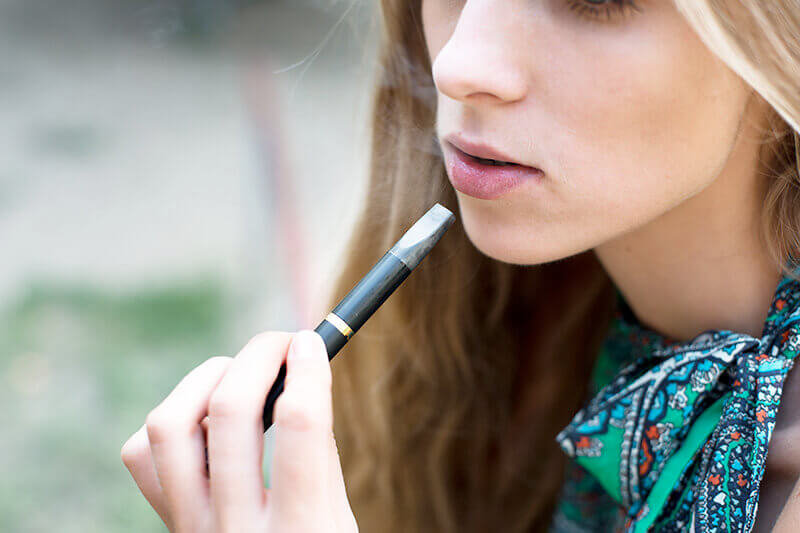 You see them walking down the street, an entourage to flashes going off all around them, they are carrying a shopping bag from some store you have never heard of all while smoking on a cigarette. Wait, there isn’t any smoke, what is that thing? It looks like a cigarette, is used like a cigarette, but there is only water vapor coming out. This is the latest craze from everyone to A-List celebrities, to your fellow co-worker, the electronic cigarette. An E-cigarette is a cigarette shaped device that heats nicotine laced water into a water vapor that is inhaled. There’s no tobacco, no fire, and no smoke, so what is there to be worried about?

Being marketed to children

We have seen big tobacco use different marketing techniques to influence young new users. Some of those same methods are being employed again with the e-cigs. It's almost as if they took the playbook from the 1940's and began to work their way through the strategies.  Some of these methods include direct marketing, candy flavors, cartoons, and famous spokespeople.

The british company Vype had ad featured in an ipad children’s game. This type of direct ad placement lets a child become aware of the product and can even create a preference, even without ever using it.

eJuiceMonkeys uses a smiling, smoking monkey as its mascot, this technique was also used with the Joe Camel cartoon character. By appealing to youth on their level it also creates the same level of brand awareness as direct marketing.

Using flavors like chocolate, waffles topped with maple syrup and butter, and even gummy bears. Tobacco companies used the same technique until it was banned in 2009. Just because a product is flavored doesn’t mean that it is exclusively for kids but candy flavors do have a wider appeal to children.

Children relate to other children and often mimic behavior. No one has done a commercial or other advertising with kids actually using e-cigs but the branding is still there.  Ask any teens who watch the Superbowl what their favorite commercials are and the majority will recall the beer commercial. That’s because they’re funny, showing people having a good time. When you associate children and a product, that reinforces memories for a later time.

Everyone is doing it

The biggest pressure of them all, no one wants to feel left out, or out of the loop. When it looks as though everyone is using e cigs then teens often feel like they should be too. Especially when it is marketed as a safe product.

Entertainers and athletes as spokesman

The old strategy of hiring athletes and other entertainers used to work exceptionally well, they would use tobacco, in movies, television, sing about it and even when playing ball. The same strategy is being used today, A-List actors, athletes, and musicians are being hired as spokespeople for big e-cig comapines.  Those that love and follow these people often like to mimic and listen to their advice.  Unfortunately for those early tobacco spokespeople, many of them died from the effects or cancer.

The argument of it being just harmless water vapor just might not be true. We donn’t know the long term effects of e-cigs. Everyone keeps talking about how safe they are but people used to say the same thing about tobacco products. Some have argued that it is a way to help people to quit smoking safely but couldn’t it work both ways. There have been reports of teens using e-cigs and in the process get hooked on cigarettes down the road.  It is important to keep an open dialogue with our children about the effects of using habit forming substances.  If you have a teen that has a substance abuse problem the time to act is now.  Call one of our family advocates at 866-439-0775 and let them help you find the right solution. The sooner you call, the better chance you have of helping your teen.