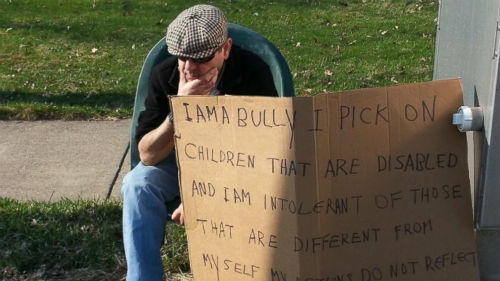 The Associated Press reported that on April 13, 2014, Edmond Aviv sat in a chair at a street corner as part of a sentence ordered by a Municipal Court Judge. Mr. Aviv was required to hold a sign which reads: “I AM A Bully! I pick on children that are disabled, and I am intolerant of those that are different from myself. My actions do not reflect an appreciation for the diverse South Euclid community that I live in.”

Judge Gayle Williams-Byers ordered Mr. Aviv to spend five hours at a street corner with the signage as indicated above. Mr. Aviv’s response is that the sentence was unfair and that it has ruined his life.

The sentence was issued due to Mr. Aviv’s behavior against his neighbor, Sandra Prugh, a neighbor who he has been fighting with for over a decade. Prugh, who has two adopted children with developmental disabilities and her husband suffering from dementia, and a paralyzed son, reported being a victim of racial slurs, spit on several times, dog feces put on car windshields as well as on the wheelchair ramp to their home. All at the hands of Mr. Aviv.

Mr. Aviv pleaded no contest to the charges. In addition to the order of sitting on the street corner with the self admitting sign, the Judge ordered Aviv to serve 15 days in jail and undergo anger management classes and counseling. He was also required to provide a written letter of apology to his neighbor--Sandra Prugh.

Aviv’s contention that the judge has ruined his life seemed primarily focussed upon the public requirement of holding the sign admitting to his behavior. The open public display of Mr Aviv’s behavior may in fact be the most effective course to help Mr. Aviv’s change. While Mr. Aviv may have much deeper issues than social and moral consiousness, I will try to explain why bringing his behavior out in the open may work for him as well as others in the future.

Doing Things In The Dark

Have you ever responded to a crazy driver, someone who pulled out in front of you or failed to move fast enough at the turn of the green light? Only moments later to find out that it was someone you knew. Now, genuinely embarrassed that you acted the way to did, you feel the need to explain your behavior followed by an apology!

So why the different response when you realize that you know the other driver? The difference is the driver we did not know, we objectified, or in other words, we depersonalized them. It seems that when we depersonalize others it makes it easier to “act out” in our response. In fact, research indicates that doing things “in the dark” seems to minimize our self evaluation and allow us to compromise on our personal judgments in how we relate to others and judge our own behavior. 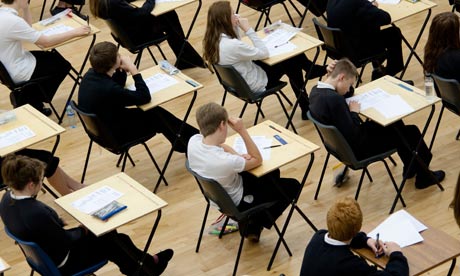 Mirrors in the Classroom

I read one such study where observers monitored cheating of school age kids. The study observed students and recorded cheating practices. Next, researchers installed mirrors on one wall in the class room. The belief was that when the students could see themselves during class, they would be less likely to cheat. The findings supported the hypothesis. The students, seeing themselves in the mirror did not cheat as before. It seems that when we see ourselves it raises our consciousness of what we are doing. Our image significantly influences our mindfulness of being in or out of harmony with who we believe we are or want to be. It is hard to “hide in the dark” when there we are, right there in the mirror. 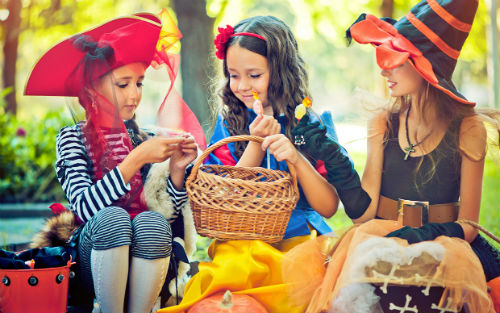 I wanted to duplicate the mirror study in the classroom, so I decided to do an experiment. Halloween was fast approaching, so I devised a mirror test. I would leave a bowl of candy out on the front porch with a note. The note simply read, “Please only take one piece of candy so there is enough for everyone.” I positioned the candy bowl on a chair, surrounded by a tall tri-fold curtain. I had also purchased two mirrors that could be placed just behind the bowl of candy so that you could not reach for the candy without seeing yourself. The test was to determine if the trick-or-treaters who could see themselves reaching into the bowl of candy would be more likely to take only one piece of candy. I would put up the mirrors every half hour through out the night, making intervals of 30 minutes with the mirrors and 30 minutes without the mirrors.

Sure enough, those kids who had no mirror, had a much higher rate of taking more than one piece of candy, some took handfuls! While those who could see their reflection in the mirror, were more likely to take only one piece of candy.

Raising our pubic and social consciousness seems to increase our ability to live in harmony with our moral consciousness. Unless someone is a socio-path, possessing no moral consciousness at all, creating social mirrors may have a value of overcoming the depersonalization of people and reduce the tendency of wronging or bullying others. 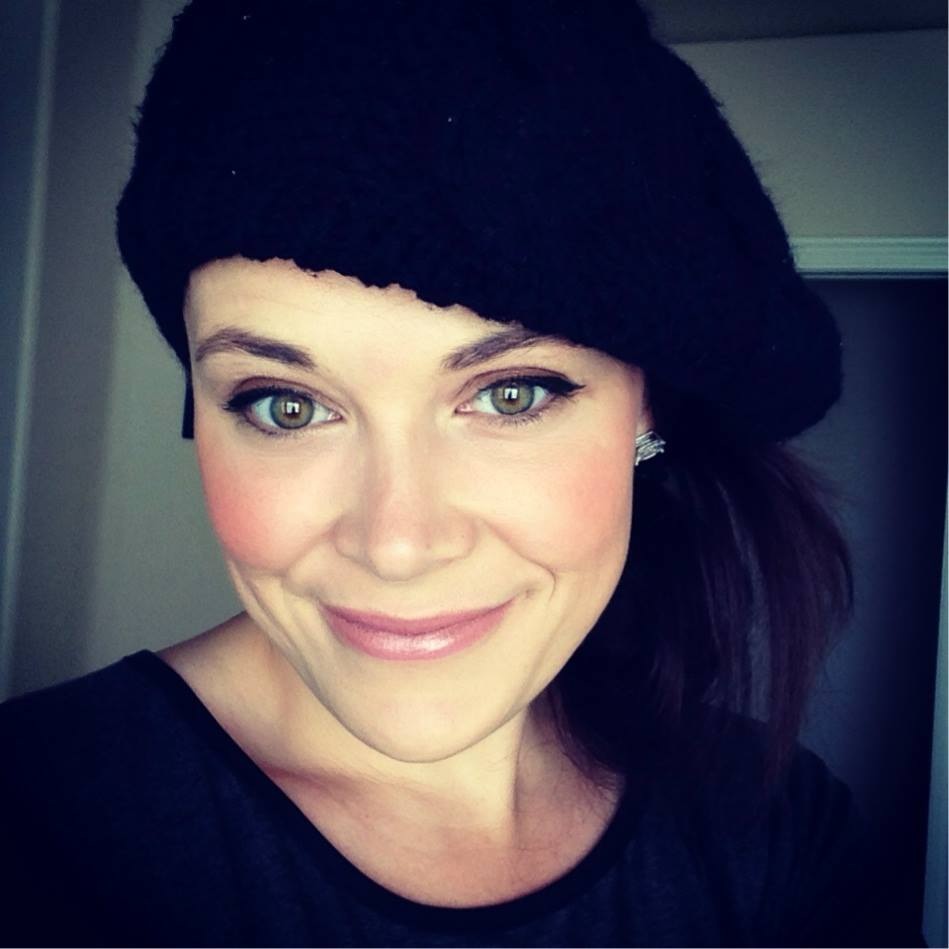 Jennifer Bennett has published articles by Ind'Tale magazine and numberous guest blogger posts in the writing community on the topic of writing and social media. Jennifer founded The Authors' Think Tank which has grown to over 1200 authors... Read more

You Will Be Surprised To Know How Celebs Are...

The Top 4 Reasons to Attend International...