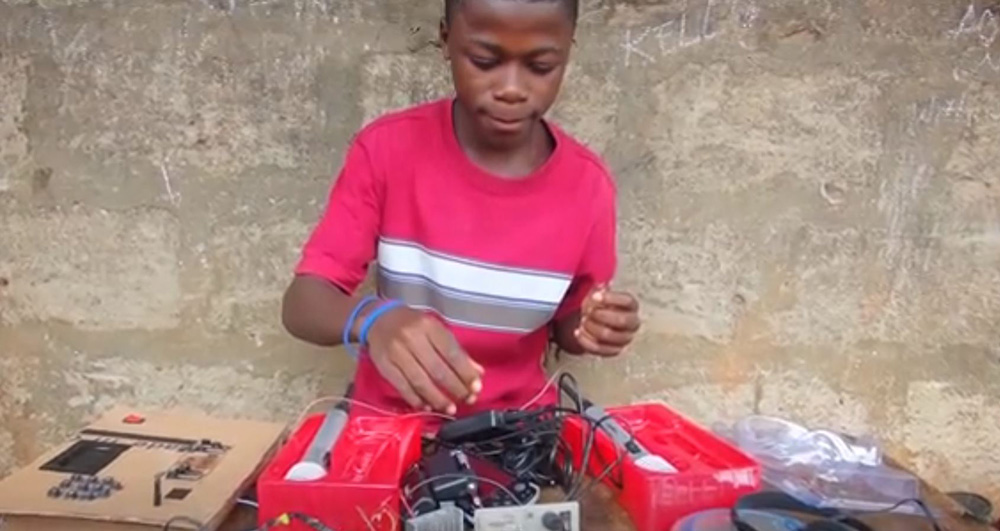 Sometimes we take for granted the simple pleasures that we have--radio, Internet, even electricity. For the citizens of Sierra Leone, these are things that come in short supply.

Just like opportunity. For a young many like Kelvin Doe, opportunity is scarce. Also known as "DJ Focus," Kelvin has found ways to make radios and even generators out of simple items most of us would label as "trash." But such inventiveness and brilliance allowed Kelvin the chance to leave Sierra Leone and visit the Massachusetts Institute of Technology for three weeks.

David Sengeh, also a former resident of Sierra Leone, is now a PhD at M.I.T. and recognizes the extraordinary talent that Kelvin possesses. He grew up in Sierra Leone during the ten years of civil war and he hopes that by giving Kelvin more guidance and opportunity, they can both improve the living and cultural conditions of their beloved but impoverished city.

How Living In The Wilderness Helped One Girl Retake Control Of Her...

How Should Teens Prepare For College?