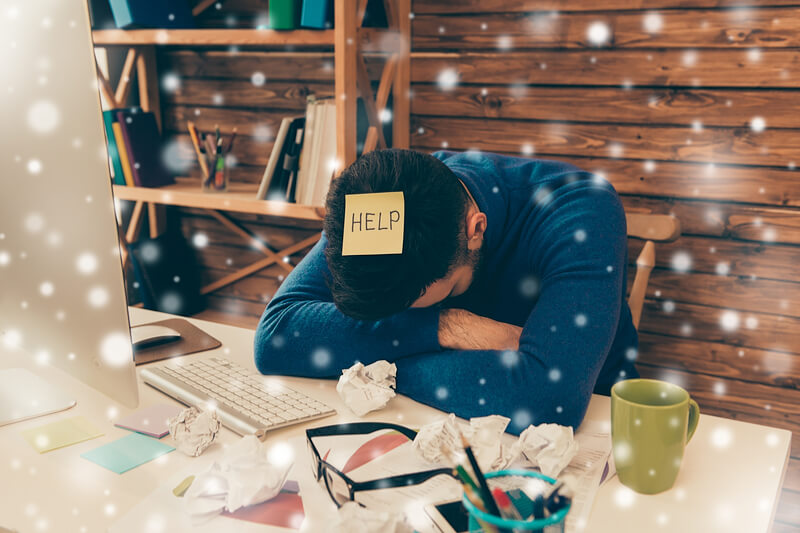 We've all heard about the supposed 'winter blues,' otherwise known as Seasonal Affective Disorder (SAD). During the coldest and darkest months of the year, SAD is commonly believed to cause depression in millions of Americans who feel their otherwise sunny disposition rendered to an almost hibernated state. But does this seasonal disorder truly exist? Is it possible that SAD is, perhaps, a misdiagnosis of the masses? Could the winter blues be attributed to psychosomatic expectation?

I have always felt the cold stinging wind of winter's depressive cold front. Like a local news channel meteorologist's warnings of cold weather, I forecast my upcoming depression with almost prophetic accuracy. Having said that, I was hesitant to believe the notion of 'season's greetings' depression to be nothing more than psychological superstition - as I thought to be living proof of the contrary. Nevertheless, recent studies on the subject of Seasonal Affective Disorder indicate I may have been wrong in my firm belief in its existence, altogether. Not one to typically oppose scientists on results of exhausted research, I had no other choice than to come to terms with reality: dreaded winter may not be the emotion-crippling, annual affair my mind has made it out to be.

New studies on seasonal depression suggest that winter months have little (if any), real biological impact on our brain's emotions. What's more, the researchers were surprised to find that people handle the colder months fairly well. But don't take my word as scientific fact.

To read about why some researchers now believe their findings oppose the existence of SAD, please click the link from the excerpt below:

In medical school, I was taught to look out for Seasonal Affective Disorder, SAD, during the cold dark months. I expected my patients’ depression to worsen and for the winter blues to set in. I have written about strategies to make winter a little less bleak. After all, it made sense—who doesn’t want to hibernate until spring?

Should Parents Disclose The Truth About Santa Claus? See What...

I Caught My Teen Smoking, What Should I Do?