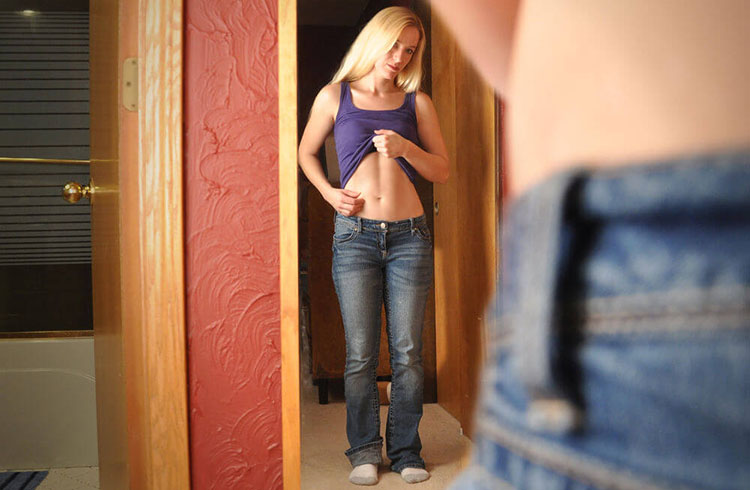 There’s a new trend among teenage (and adult) girls and their bodies, and it’s hard to come up with a name for it other than calling it exactly what it is: a thigh gap. It’s that space right underneath their genitalia and in between their thighs that is considered sexually attractive.

That’s all well and good, we know that people stick with the trends that sooner or later something new will come along. The difference in this one is that not everyone can buy into this trend. It has very much to do with the way your frame is built, your body weight, and how much muscle you have (or don’t have) in that area. What’s a girl to do when her body doesn’t match up to these standards? It seems like we may have finally created a trend that is impossible, at least for some, to meet.

What the Trend Has Turned Into

Target has come under fire recently for botching a photoshop job of a girl modeling some swimwear and her ‘gap’ is blatantly photoshopped in. To be honest, it looks more like a mudslinging campaign from a competitor than it does an actual photoshop job. If you’ve seen the images, it’s hard to imagine that a professional web designer would actually allow this on a website of a mega corporation like Target.

There is a million things you could take away from this. Maybe it’s that we’ve finally reached the point that the human body just isn’t good enough for what we want. Maybe it’s that (looking at the Target advertisements) we’re finally able to see just how much manipulation goes into advertising, or how so much of what’s on the internet is just false. Maybe it’s a body image issue that even though you want it, you can’t have it. I’m not qualified to speak for teenage girls in any way, but I can say that even though this seems like something desirable, it’s just another fad that will run its course. The next thing will come along and take fill up the space left empty by those infamous gaps.

New Report Shows That Bullying is A Worldwide Issue