Home Turn For The Better The Dark, Sickening World of Drug Addiction 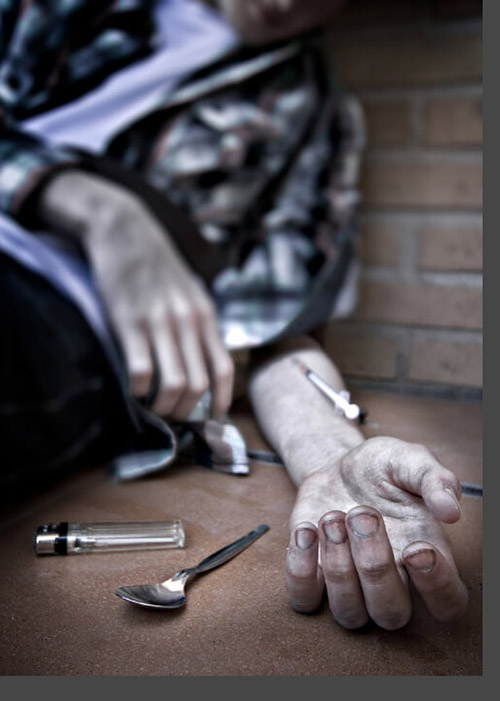 “My mother’s favorite story — the one she repeated more than once that night with a morbid energy that held me captive — was about a woman who spent Thanksgiving in the grip of an angel dust-and-heroin hallucination, and beheaded and stuffed her own newborn, mistaking the crib for her refrigerator and the baby for the frozen turkey. It wasn’t until the evening’s meal when she presented the decapitated body of the infant to her family that she realized the gravity of her error.”

These are the words of Laura Kiesel. Her mother was a drug addict. She was left to fend for her self, taking upon herself the responsibilities of a mother- feeding, raising, and caring for her little brother. Her mother was too busy looking for her next high. We always hear about the dangers of drugs for our health, but very rarely (at least in my experience) do we hear about the dark realities like the one mentioned above.

After having several different family members struggle with drug addiction, I can say that it’s tough. I never experienced anything quite like that of Laura Kiesel, but I have experienced enough to say that if someone in your family (or one of your friends) is an addict, it impacts everyone around them. Often times, they think that their choices don’t affect those around them. That it’s their choice and they’ll do what they want, without realizing the consequences of their actions. Drugs distort the users perception of reality, leading them to think that what they’re doing isn’t wrong. That everyone else is wrong for telling them what to do. I’ve had stuff stolen from me, I’ve seen a family member sleep for nearly 3 days straight while facing withdrawals, more fights than I care to think about, all over a high.

A Culture of Escaping

For most addicts, getting high is a way to feel normal. People experiment with drugs to fit in, they drink alcohol for fun, or to forget about their problems. We tend to think that just because something is legal, it must be ok. But people die from alcohol poisoning, from drug overdoses, drunk driving, drug deals gone bad, and many other reasons. One bad batch of heroin is all it takes to turn you into a vegetable.

I’m not saying that we should outlaw alcohol any time soon (or at all). Last time we tried that, it didn’t work out so well. However, what does it say about us as a society when we need these things to feel ok? I realize that not everyone drinks or smokes just to feel normal or battle some kind of depression, but for recreational purposes. That’s a personal choice you have to work out for yourself. But I will say that experimenting with drugs is a very slippery slope, so choose wisely before something terrible happens.

Sharing Your Own Drug History With Your Young Adult Children: Good...