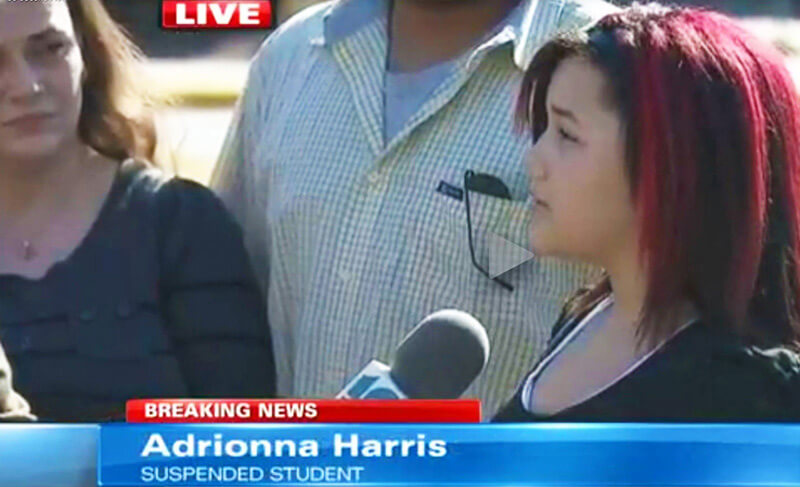 Another Example Of The Intrinsic Flaws Of Zero Tolerance

Are zero tolerance policies making our school administrators lose their minds? This is the question people across the country have been asking themselves as stories continue to come out about punishments that are disproportionate at best and ridiculous at worst. We hear about cases like the boy (a kindergartner) who pointed his finger like a gun, or the second grader, who bit a Poptart into the shape of a gun, both being suspended for several days.

On Thursday of last week, a sixth grader, Adrionna Harris, joined this group after she was suspended and put up for recommendation to be expelled. What could she have done to attract such an extreme punishment? She took a small razor blade from a student intent on self-harm. After taking the razor blade, Adrionna immediately disposed of the “weapon”. Her actions weren’t even discovered by school authorities. Instead, Adrionna decided to tell her school guidance counselor what had happened, thinking of the best interests for her friend. Instead of being praised for her actions, she got a 10-day suspension with recommendation for expulsion.

What Does This Story Tell Us About Our Schools?

We know now that she was acquitted and will be allowed to return to school as early as tomorrow, but is this change of heart due to the school administrators actually realizing they were acting foolishly or is it just that the school district is afraid of the negative public reaction? The fact that they would even consider expulsion as an option in this case should disgust us all. We put trust into teachers, counselors and principals, who are so incompetent that they can’t even recognize what is truly important. How can we trust our public schools, when the people in charge make irrational illogical decisions? A school should be a place where good behavior is rewarded, and not punished.