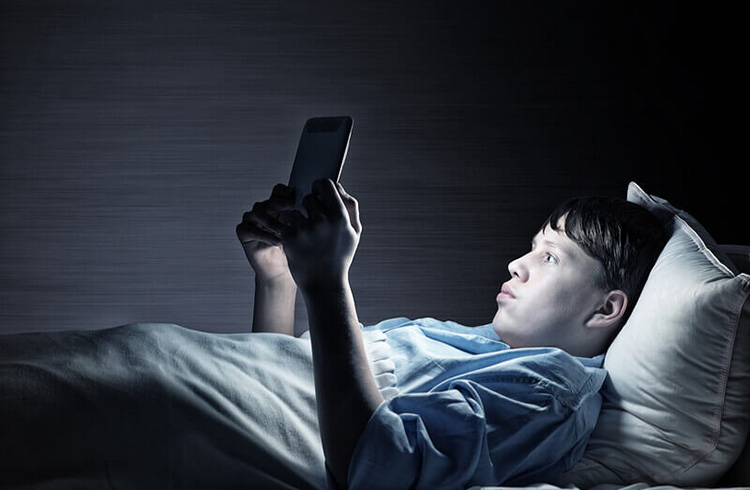 Is Screen Addiction Ruining Our Teens? One Doctor Says,"Yes"

Is your child Suffering from screen addiction? A new book, titled Glow Kids: How Screen Addiction Is HighJacking Our Kids, by Dr. Nicholas Kardaras, shines a light on our youth's obsession with cell phones, tablets, and computer screens.

But should we be concerned about our nation's increasingly trending number of teenagers obsessively spending time on their favorite devices? Well, Dr. Kardaras seems to thinks so. He claims that compulsive technology usage can neurologically damage the developing brain of a child. Extensive research through clinical trials of addictive behavior may prove the Dr.'s claims to be legitimate. In his new book, the author explores how children could be "stunting their creative abilities," as he puts it, by constantly turning on and tuning in.

In his book, Dr. Kardaras describes the video game industry's controversial tactics of testing and measuring the dopamine and adrenaline levels of young test subjects, so that they can effectively make their games as addictive as possible. The doctor goes into detail about how addicting game usage can stagnate the frontal cortex of young users whose brains have not fully developed yet. In his book, Glow Kids, Dr. Kardaras argues that parents should instead wait until their child's brain is fully developed before buying a video game console for them.

The people over at VICE chatted with the doctor about his book, theories on screen addiction and what we can do to protect our children from ruining their lives.

For Further Reading, Please Visit the Link Below:

In the 80s, Graham Nash from Crosby Stills & Nash appeared on MTV for an interview. The popular band had refused to make music videos, and Nash said the reason why was that he didn’t want to provide the images that people would see when they hear his music. Instead, he said that they should instead create their own internal and unique mental visuals to accompany the track. Today, as a consequence of our constant bombardment with screen-based media, some experts believe that kids may have a harder time doing that.