Home Must Reads Do Schools Have a Hand in Causing Mental Illness in Teenagers? 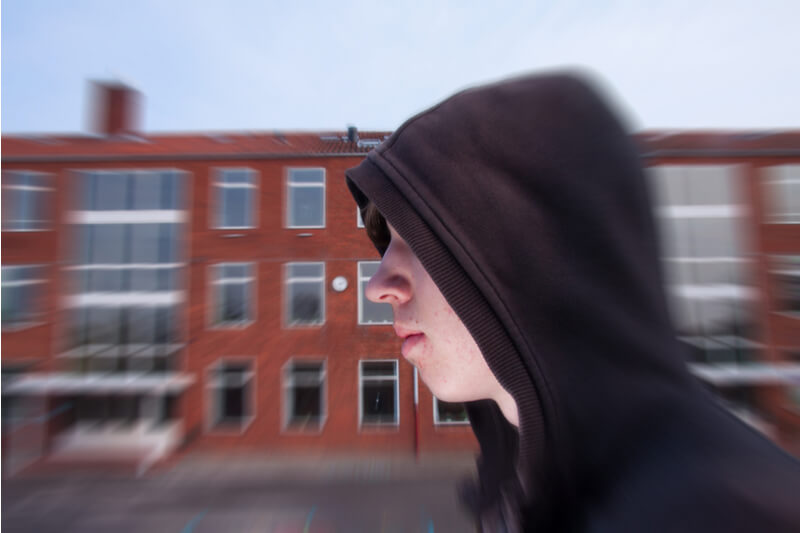 Do Schools and Schooling Have a Hand in Causing Mental Illness in Students?

Recent studies in epigenetics and psychiatry aside, how about drawing conclusions regarding the root cause of student mental disorder from watching schools directly doing their dirty work? There, I said it. From years of working inside schools as we know them, our beloved educational institution itself may well be the single greatest factor in the development of mental illness among our nation’s students.

Consider the cast of stressors: the old and continuing…bullying, class size, counseling, health and fitness, and nutrition; and the new wave… technology, social media, teacher quality, and the modern relevance of the whole effort in the first place.

Stress disorder? Suicidal thoughts?  Yes.  Schooling has become something kids have had to survive.

Schizophrenia? Bi-polar disorder? Autism?  This is where the bulk of modern research is headed.

From where I sat as a classroom teacher and school principal the last three decades, not much is better.  If anything, from an insider’s perspective, things have only gotten worse.

School is a trauma factory for many students…way too many.

Physical and emotional bullying have been with us since the beginning of schooling. And over that long, long time, it has gone through a parade of iterations, from seeing it as a necessary rite of passage to putting it on the students’ shoulders to mediate its potentially devastating impact. What happened to zero tolerance? What happened to the adults being in charge?

Usher in the era of social media, and you have a new playground for bullies to do their damage. Bullies count on being hidden in their efforts, but through Face Book, Twitter, and the like, the hiding just became exponentially easier. Behind the scenes manipulation has become “nowhere in sight” for bullies now. Mondays were particularly hard, after a weekend of harassment, attendance was typically at its lowest, visits to the health center at its highest, and fights the focus of the day.

From a technology point of view, most of the software and hardware students use in schools are already obsolete in the real world…and the kids know it.  And while a handful of students are ahead of the curve, because they actually have up-to-date software and hardware, the bulk of the student body have no choice but to use the out-dated technology the schools assign them.  Hence, the issue of relevance of what schools are using to prepare students for their yet-to-be-determined futures.  How motivated would you be knowing that in college or in the work world, you’ll never use this “crap” again?

The quality of hospital food has demonstrably improved over the last few decades.  School food? Even with the Obama touch, given the choice, students will opt out of eating in the cafeteria every time. What they choose, for a variety of unacceptable reasons, is essentially killing them. The problem of obesity among students is off the charts. And then when credit for physical education can be earned by taking Marching Band and any number of online courses, fitness, which could be part of the answer to the problem of obesity, becomes a thing of the past. Students learn to eat to comfort themselves, and to accept being fat as beautiful.  The kicker is they know this is not true, and yet what other options do they have?  They are stuck in a vicious loop, bent on deluding them into personal destruction.

With budget cuts always blowing in the wind, increasing class size is often the first consideration because in that area schools get the biggest bang for their buck. Districts have even begun negotiating with teacher unions to raise the maximum class-size caps. Add to that a growing teacher shortage nationwide, and having to lower the bar for qualifying whoever districts can find to “teach” in their more than full classrooms, and you have a recipe for disaster, now and in the future.  Remember when you had a substitute for the day, and it was just short of a free-for-all from moment to moment? What if that was your experience every day, all day?

There isn’t any.  Never has been.  What little counseling is provided is mostly academic.  Students with problems remain students with problems in school, unless your parents could afford your own personal “shrink.” You do the math. Zero is the answer any way you figure it.

About the Author: It's always a beautiful day in TherapyInsider.com's Mr. Jeff Rogers' neighborhood.  After 3-plus decades working with troubled children in both public and private schools, it's time to start sharing what I've learned, and what I've told folks they should do.  You be the judge.  See for yourself.  There's a lot to be said for trying stuff out in the cauldron of the day-in and day-out practice.

What Responsibility Do Employers Have for Employees with Drug...