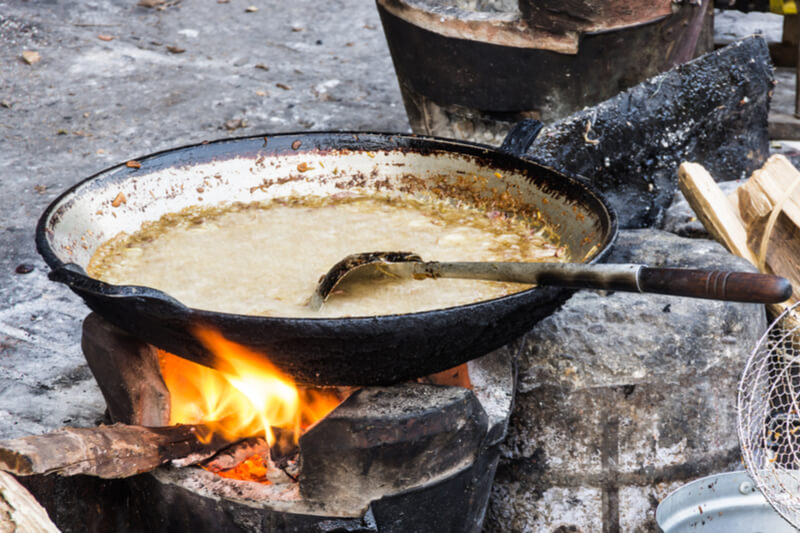 School Principals are No Longer “The Boss,” but Now the “Stirrers of the Sauce”

and we hold the spoon,

we’re the stirrers of the sauce”—J Alan R

I was most certainly not among this country’s early school leaders, having only started administrating in the late 1980s, but questions my students would often ask when I was a principal would lead any rational person to think they most certainly thought I was: “Mr. Rogers, where did you and your teachers tie up your horses when you all rode in to work each day?”

Early U.S. school leaders, administrating in Colonial and Early Republic communities, enjoyed a great deal of autonomy, almost wholly unregulated by local, state or even federal policy.* Even as late as 1989, or even 1990, as an administrative intern and new vice principal, I still had a lot more independence than my building-leader counterparts do today…a lot more.

Unlike my early administrative predecessors, I did not work chiefly at the behest of the personal opinions, wealth, interests and politics of the most outspoken members of the communities I worked for, but I was given much free reign to develop and follow my own vision for the school I was given the responsibility to lead. I called the shots with regards to curriculum, enrollment, building maintenance, and student discipline. I was the boss of the school.

I did answer to a district office and an elected school board, and adhered to local policies and regulations, but, make no mistake about it, I was in charge. I was left largely to my own devices. I was ultimately left to make choices that would either make me the Pied Piper or the Fool on the Hill. The principal’s office was a place to be respected, and if necessary, feared.

“School leadership is the process of enlisting and guiding the talents and energies of teachers, pupils, and parents toward achieving common educational aims.” - Suman Dalal

However, that professional freedom and responsibility for school leaders were short lived. In fact, it was on its way out as I was just coming in the door. I witnessed the slow but sure demise of my own administrative independence, watching it being replaced more and more by the whims of politicos at both the state and federal levels.  The truth was, legislators felt they knew more about how to get the job done than the experts in education.

“The key to leadership today is influence, not authority.”—Ken Blanchard

When I retired from school administration in 2017, the best way I could describe the role of the principal was to explain to inquiring minds: “Today’s principal shoulders all the accountability for what happens on his or her watch, but has virtually no authority to make anything happen of his or her own accord.” The role of the school principal has become one that involves a lot more butt kissing than butt kicking.

Any more, the effectiveness and the longevity of a principal is based on how well he or she does what they are told. And even then, if the certificated and classified unions, each sites’ teachers and staff, parent organizations, and each school’s students, don’t want to comply, principals can’t really make them.

School improvement, in all its complexity, has become the political football of presidential and congressional candidates, not to mention state legislators and local wanna-be political bigwigs. The problem is, besides the fact that no one can agree to play this game on the same playing field, they can’t even decide what ball the game should be played with. And yet, for every child sitting in a desk at any school, the game clock ticks on, and on. Our kids end up as losers in a game that’s not even begun.

“Effective leaders allow great people to do the work they were born to do.” –Warren Bennis

So, What’s a School Leader to Do?

So, what’s a school leader to do? After all, they’re still being held responsible. Their job is the one on the line. The answer is: be a leader, which is easier said than done. So, what’s a leader, a true leader, in this day and age of competing for personal interests and ideas?

Strangely, one of the best definitions of modern-day educational leadership comes from Wikipedia: “School leadership is the process of enlisting and guiding the talents and energies of teachers, pupils, and parents toward achieving common educational aims.”

A superintendent I greatly admired, told me once, when I asked for his advice on dealing with a very stubborn teaching staff. He said: “It’s your job to make them like you.”

It reminded me of another superintendent who gave me a framed and glass-encased quote, one that guided my every action and decision I made: “No one cares how much you know; Until they know how much you care.”

It’s true. Leadership in the 21st Century is all about building and maintaining relationships with stakeholders…all of them, from the get go, to the end, and all of the time.

Being the ultimate “servant leader” is what leadership wonks preach these days.  An old colleague of mine once told me my job has to be about the “care and feeding” of everyone I would ever work with in a schooling situation. Stakeholders need to feel heard, to feel safe, and to feel trust.

“Without coercion, pressure or force, people need [to be led to] naturally work together to help each other to advance…”, said Simon Sinek, in Leaders Eat Last, 2014.

“Treat people the way you want to be treated,” echoing the Golden Rule, wrote James Hunter, in The Servant, 2012.

“The No Asshole Rule touched a nerve in bosses because treating people with dignity is something skilled bosses do…” Robert Sutton explained in his book Good Boss, Bad Boss, 2010.

Whenever any school administrator first comes on the scene, the most important thing he or she should have in mind is establishing positive relationships with anyone and everyone he or she will work with.  Nothing else matters more.

It’s kind of like a new chef to a restaurant.  His or her success is not about the pot, but what goes into it, the quality of the ingredients.  It’s what he or she puts in and stirs up.

In a school setting, nothing is more important than showing staff they will be heard.  Listening is not enough.  They have to know that what they think, feel and say matters to you and that they will be represented accurately. That’s the first ingredient the new chef stirs into his or her sauce…trust.

It also important that staff feels good about what they do. New administrators who focus first on what needs to be fixed, spoil the sauce of success right away. Staff has to know that their principal sees them as professional and capable. That’s the second ingredient the new chef stirs into the sauce…admiration.

And lastly, staff must know that the principal cares about them.  It’s not just about family and birthdays and anniversaries, staff needs to know you have their back.  That’s the third ingredient to stir into the sauce of success…compassion.

**The Changing Principalship, Portin and Shen.

Adopted Teens and Suicide: Is There a Greater Threat?