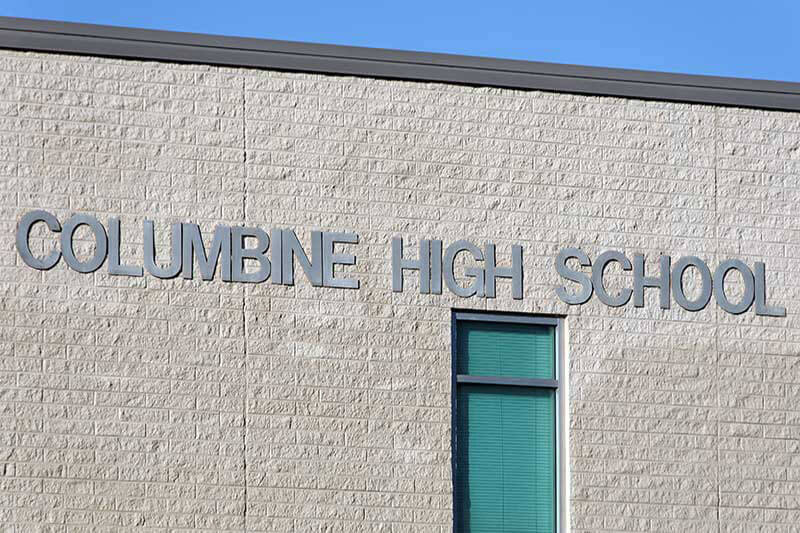 Early on in her memoir, “A Mother’s Reckoning,” Sue Klebold recalls the most fateful day of her life, revealing, in some of the details, what seems to be a striking attunement to her 17-year-old son, Dylan. When he left for school that morning, he called out one word: “Bye.” She had detected, in that syllable, an edge she’d never heard before — “a sneer, almost, as if he’d been caught in the middle of a fight with someone.” The tone disturbed her enough that she turned to her husband, still in bed, and commented she was worried about Dylan. Something was amiss.

To say that she was right is an understatement. And yet, if there is one single, painful, recurring message in Klebold’s memoir, it is that she did not truly know her son — that they were in fact living in parallel universes, one of which was constructed with the elaborate machinery of serious mental illness, or as Klebold prefers to characterize it, “brain illness.” Her son Dylan Klebold was one of the two teenage boys who committed suicide ­after their devastating attack on Columbine High School in 1999, killing 12 students and one teacher and wounding more than 20 others. When the horror of that day was over, and all the facts had emerged, Klebold had lost both the son she thought she had raised, as well as the person he had actually become. 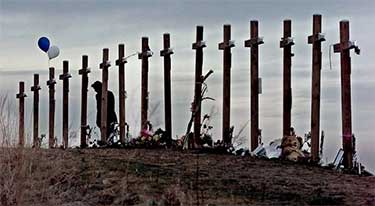 Andrew Solomon, who wrote the introduction for “A Mother’s Reckoning,” included a profile of the Klebolds, written with great compassion, in his book “Far From the Tree.” But for years, the Klebolds shunned the press out of fear for how their comments would be construed, and even fear for their lives, following threats they received in the first months after Columbine. In their silence, Sue Klebold later realized, they seemed to be selfishly withholding insights that might be of use to others. A father of one of the children killed in the attacks wrote to her, with questions. Had they spent much time with Dylan at the dinner table? What would they do differently? “Might people say you were terrible, neglectful parents?” he wrote, in his demand for answers. “Sure,” he continued. “But obviously many say that already.”

A memoir by the mother of one of the Columbine killers could seem distasteful on its face: at best, a defensive account from an unreliable narrator; at worst, an inevitable end point to the media circus. But that father’s understandably cruel letter, which Klebold excerpts and runs without comment, sets the agenda for much of her book, which reads as if she had written it under oath, while trying to answer, honestly and completely, an urgent question: What could a parent have done to prevent this tragedy?

Parents Should Be Scared Because Many Wouldn't Have Acted Any Different

Klebold describes a home life that was, if not perfect, better than ordinary. Dylan grew up with happily married parents: a work-from-home dad who shared a snack and the sports pages with his teenage son every day after school, and a mom who worked with disabled college students, setting a moral example at the office before coming home at night to make the “gloppy, layered Mexican casseroles” her two sons loved. Klebold and her husband, Tom, were distressed when Dylan and his friend Eric Harris were arrested during their junior year for breaking into a van and stealing electronic equipment, a crime for which they could have served time. But Dylan had sailed through a counseling program offered as an alternative, even graduating from it early. When Klebold does complain about Dylan in her journals in the year leading up to the attack, it is often to note that he was “crabby” or failed to feed the cats. She loved her son, but was also worried about him enough to be periodically searching his room for drugs or stolen goods after that first serious incident with the police. (She found nothing.) 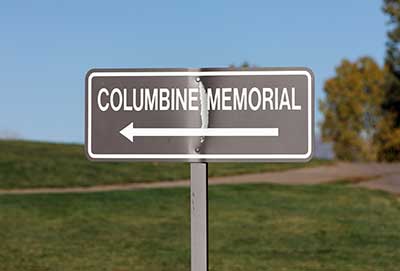 Dylan, who had plenty of friends — who went to the prom just days before the attack, who still laughed over old movies with his parents — had nonetheless fallen off an emotional cliff; his parents never even saw the ledge. They did not know that he drank, or thought obsessively of ending his life, or was madly in love with a girl whom he wrote about in creepy, mystical terms, ominously declaring: “It is time. It is time.” They did not know that he and his co-conspirator, Eric Harris — who was charismatic, persuasive and, according to the psychological research she cites, most likely psychopathic — had been stockpiling weapons. The crime of which Klebold convicts herself is ignorance, and for that, she feels bottomless guilt. She recalls being dumbfounded when someone asked her if she could ever forgive her son. “â€Š‘Forgive Dylan?’ I said. ‘My work is to forgive myself.’ .â€ˆ.â€ˆ. I was the one who let him down, not the other way around.” She has a dream in which Dylan, still a baby, is found to have bloody cuts all over his torso that she had not seen; in another, other mothers have reserved a space for their babies to sleep, but she has not, and he cannot rest.

She does acknowledge that there were signs of impending danger, what the experts call “leakage,” as if Dylan’s misery were so overwhelming it was visibly oozing out of him. He had written for class an account of a man in black attacking some popular kids, a work so disturbing that his teacher brought it up with the Klebolds. They read it only after his death — Dylan never showed it to them, although they asked — but even if they had, in 1999, would anyone but the most paranoid of parents have suspected the worst? There was little precedent; the story of Columbine was not yet part of the American consciousness. She also missed classic signs of adolescent depression or even the impulse to suicide that sound maddeningly like the symptoms of adolescence itself: staring off into the middle distance, irritability, withdrawing from family. The Klebolds knew something was wrong with Dylan his senior year, she writes. “We simply — drastically and lethally — underestimated the depth and severity of his pain and everything he was capable of doing to make it stop.” Politely, methodically, she eviscerates in the reader the dearly held conviction that had he or she been in Sue Klebold’s place, all could have been prevented. “There are, of course, no guarantees a child will be O.K., even with professional therapy,” she states. “Eric’s parents did send him to a psychiatrist after the arrest, and he began taking medication.”

Klebold is Not Looking for Forgiveness , She Wants to Prevent More Tradegy

It is hard to shake the prosecutorial instinct while reading this book: Does Klebold reveal herself to be so measured, so reasonable, that she was perhaps averse to necessary confrontation? Did maternal pride cloud her judgment? These questions pop up, like bright, distracting buoys spotted from the illusion of high ground; if Klebold had failings (and what parent does not?), none of them would begin to explain the terrible turn of her son’s life.

Klebold’s powerful urge to defend herself all these years was surpassed only by her desire to disappear. She felt she was “cringing like a frightened animal” in the months and years after the tragedy, suffering panic attacks so debilitating she came to understand her son’s suicidal impulses. She lost 25 pounds, numbly stumbling through radiation for breast cancer but refusing chemotherapy because she was, all agreed, too broken to survive it. Eventually, Klebold found her way forward with a mission of suicide prevention, and she provides a precise education on the subject in “A Mother’s Reckoning.” She earns our pity, our empathy and, often, our admiration; and yet the book’s ultimate purpose is to serve as a cautionary tale, not an exoneration

Klebold seems to have written the book for yet another reason: to communicate with the families of the victims. “I can only say here that if speaking with or meeting me would be helpful to any of the family members of Dylan and Eric’s victims, I will always be available to them,” she writes. One has the eerie sense of bearing witness, in that moment, to the most intimate of communications. This is writing as action, bursting from a life so choked by circumstance that she could express that sentiment only from within the safety of a 300-page book.

The Book Title: A MOTHER’S RECKONING Living in the Aftermath of Tragedy By Sue Klebold Illustrated. 305 pp. Crown Publishers. $28.

This article was originally published by the New York TImes on Februrary 15, 2016 and was written by Susan Dominus is a staff writer at The Times Magazine.

We'd All Be Better Off In A World That Treated Mental Health...

Are You Truly There For Your Depressed Loved One? Watch This...