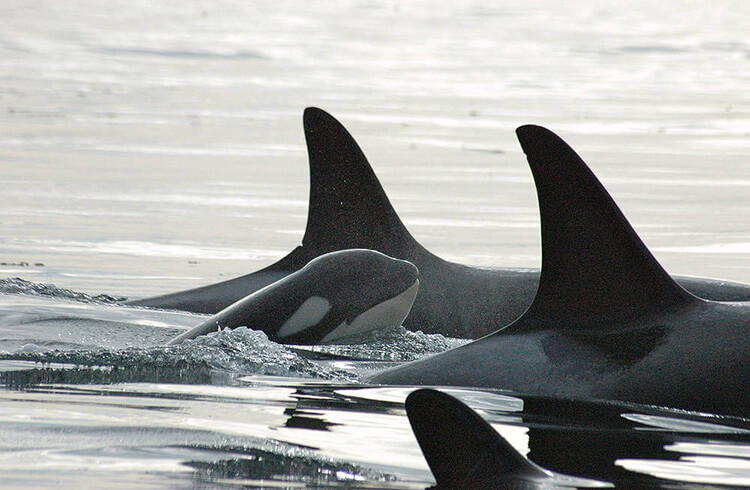 Great White Sharks are one of the most frightening creatures on the planet. You might be hard pressed to find a person who isn’t afraid of them in some degree. They even look mean. Killer whales, on the other hand, have a pretty positive image. You wouldn’t think it from a name like “killer whales,” but learning about these two creatures might help us create a better society.

One of the main differences between great whites and orcas is their social habits. Great whites are extremely isolated creatures. They hunt on their own. They’re by themselves almost 100 percent of the time. And they are mean. In 2013, there was a reported 116 worldwide shark attacks, 13 of which were fatal. If you think about how many people actually swim in the ocean, this might not seem like a lot, but 116 shark attacks is 116 too many.

Orcas, on the other hand, are very docile creatures. They live in pods (families), and are very smart. Orcas aren’t actually whales at all, but classified as “cetaceans” which include dolphins and porpoises. Orcas are with their families all the time, and have no recorded kills in the wild. The interesting thing, however, is that among orcas that exist in captivity (think Sea World), there have been 115 attacks, including some deaths.

In America, the landscape of the family is changing. Out of 24 million children in the country, 8 million are without a father. The “father factor” contributes to nearly all of the social issues Americans are facing.

Fatherhood.org has contributed greatly to this topic. “In a study examining father involvement with 134 children of adolescent mothers over the first 10 years of life, researchers found that father-child contact was associated with better socio-emotional and academic functioning. The results indicated that children with more involved fathers experienced fewer behavioral problems and scored higher on reading achievement. This study showed the significance of the role of fathers in the lives of at-risk children, even in case of nonresident fathers.”

Families can be the sources of our greatest joy. A great religious leader once stressed the importance of a family unit: “There can be no genuine happiness separate and apart from the home, and every effort made to sanctify and preserve its influence is uplifting to those who toil and sacrifice for its establishment. Men and women often seek to substitute some other life for that of the home; they would make themselves believe that the home means restraint; that the highest liberty is the fullest opportunity to move about at will. There is no happiness without service, and there is no service greater than that which converts the home into a divine institution, and which promotes and preserves family life.”

Homeless Poet Found By His Family After Fifty Seven Years

See Why This Beautiful Bride Is Crying At Her Own Wedding