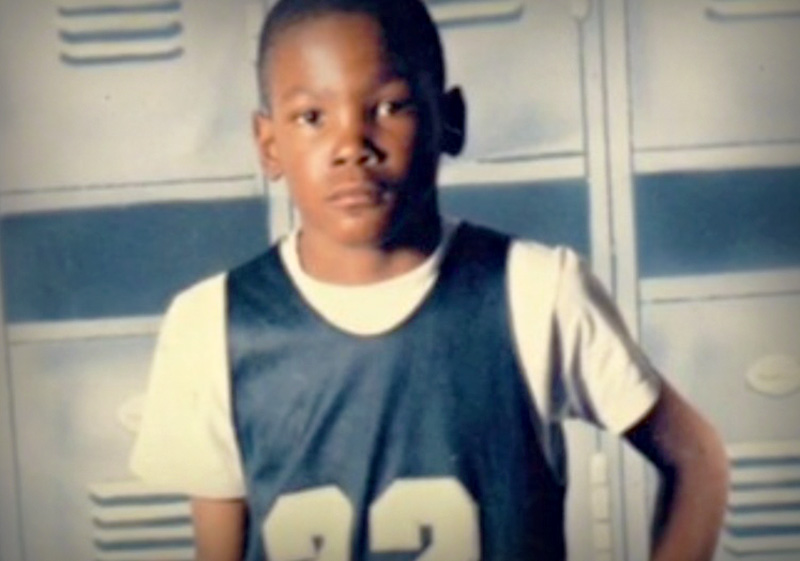 "Basketball is just a platform for me to inspire people"

Statistically, Kevin Durant had a 1 in 3 chance of spending time in jail at some point in his life. This is the fate awaiting one-third of fatherless poor males, but it isn't what happened to Kevin. Why? According to Kevin he avoided a doomed fate because of faith, family, and friends.

I believe that liberals are destroying our country by taking God out of society and replacing him with a dependence on the government. Left leaning advocates believe that government programs are the answer to all of America's problems. Examples like Kevin Durant prove that this is not so.

Where government programs may have failed, faith in God and the values instilled by being raised in a religious home succeeded in making Kevin Durant not only a great basketball player, but a great human being. According to Kevin it was his mom's love, hard work, and perserverance that helped him avoid the traps that many fatherless poor children fall into. But there is more to this story than Kevin Durant simply being the product of a faith centric household. His example is a call to arms for those who understand that we need to have a cultural revolution if we are going to get this country back on track.

I believe that poor communities in particular have had their progress hamstrung by systematic efforts by left leaning politicians, making poor families dependent on handouts and social welfare programs.  I don't see poor communities improving until we reject this model. We as a nation need to understand that there is nothing that the government can do for us that faith, family, and good friends can't do better. The message that I want you take away from Kevin Durant's 2014 NBA MVP acceptance speech is that his mother, his coaches, teammates, and God made the difference.

We Can All Learn From Kevin Durant's Example

A key reason this speech has resonated with so many people is the overwhelming humility Durant displays. He makes it clear that he understands that his family, friends, and teammates were an integral part of him reaching this point. Growing up poor, his story could easily have been a tragedy, but faith in God made the difference. I say that the government did not reach into Kevin's life and fix everything. If he had waited for some state appointed social worker to fix his life he would still be waiting.

According to Durant his mother used the strength she gained through her faith to improve her families life on her own. This is the message that needs to be disseminated to all poor communities. I am convinced that liberals want to keep poor people in poverty and totally dependent upon government programs. It is clear that Kevin Durant is a prime example of how faith is a key component of anyone's, or any community's, success.