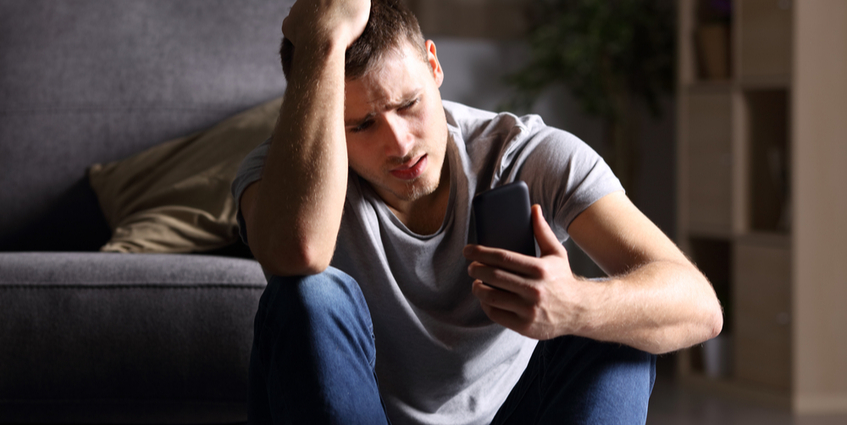 Understanding There is an Issue is Only the Beginning

For the first time in our nation’s history, its people are finally beginning to take the topic of mental health, and in particular, mental health disorders, more seriously.

What was once a topic a person would be wise to keep closely guarded and left undiscussed -  lest they were singled out as a ‘mental patient,’ or whichever colloquial pejorative their culture’s time and/or region preferred to label them - mental health and its disorders are now something that damn-near every modern American takes earnestly.

Whereas it was taboo to talk about your mental state even as recent as a few years ago, there are millions of people coming out in support of those who experience the everyday struggles of mental, emotional, and behavioral illnesses.

However, simply because one learns to understand or respect the significance of a matter or even the threat of a concerning issue, like that of mental health disorders, it does not necessarily mean that your average person will actually pay heed to the consequential nature of that critical issue, even if they know better.

As one recent study conducted by the Substance Abuse and Mental Health Services Administration concluded, one in five young adults has a mental illness, with four percent experiencing symptoms indicative of a severe mental health disorder.

Hell, one could (and I will) go far as to say that the relatively therapeutically knowledgable average Joe or Jane of today may even have a tendency to consciously choose to avoid an issue as universally precarious and devastatingly widespread as those related to mental health.

However, my presumption is not one of condemnation or a gesture of cocksure self-righteousness. Rather, I simply mean to make the point that any epidemic health issue becomes that way, largely in part, due to a large majority (if not most) of the people it threatens collectively choosing to ignore it, outright, rather than face the facts of the ordeal.

After all, what does one person worrying about a national crisis, one in which they assuredly can't control or change the outcome of single-handedly, actually do for them?

Admittedly, when it comes to America’s mental health concerns, we are all guilty of the same 'bury your head-in-a-hole-in-the-ground' inobservance.

However common our shared indifference to a problem as significant as epidemic mental health issues may be, make no mistake: it is a shared ignorance that is heavily felt by those who are affected. Especially when it concerns the lives of our young men and women.

How Serious is the Issue of US Young Adult's State of Mental Health? Deadly.

As one recent study conducted by the Substance Abuse and Mental Health Services Administration concluded, one in five young adults has a mental illness, with four percent experiencing symptoms indicative of a severe mental health disorder. Of these mentally young men and women, only 38 percent go as far as to actually seek out treatment of any kind.

However stark the SAMHSA's findings were, they were nothing if not preliminary, and rather precursory to that of the CDC's abhorrent clinical discoveries.

The Prevalence of Suicide

According to the CDC’s 2017 report, suicide rates were up 33 percent from the year 1999. What’s worse, (as of December 2018) suicide among young adults has continued to surge and has since risen to become the second leading cause of death among people under the age of 35.

Still, our societal issues regarding mental health do not end there.

In a new study on depression, the American Psychological Association concluded, “The percentage of young Americans experiencing certain types of mental health disorders has risen significantly over the past decade, with no corresponding increase in older adults.”

The author of that study, Jean Twenge, is a respected professor of psychology at San Diego State University who literally wrote the book on ‘Why Today’s Super-Connected’ Generation Z (young adults born between the early-to-mid ’90s) are more depressed and unprepared for adulthood than generations before them.

Twenge and her team of psychiatric researchers were able to essentially conclude that Gen Z is the most depressed, apathetic, and unprepared generation in modern times. And, as it turns out, according to Twenge, it is actually today's 'modern times' that may be the reason for our country's young men and women's depressive state.

So, why is Gen Z struggling like no other generation before them? Well, according to Twenge, factors like Gen Z's increasing dependence on screens, (with some even seemingly having been raised by them)  namely their phones, in conjunction with their singular obsession with social media platforms, are concurrently causing sleep-deprived Gen Z'ers to feel steadily anxious and isolated from other humans - especially when compared to that of older generations who can actually remember a time before these modern distractions took over the lives of seemingly every man, woman, and child (this blogger among them).

Honestly, if you think about Dr. Twenge's theory, it makes sense just from a communicative and socialization point of view.

While it's admittedly true that 'more seasoned' generations like ourselves may also have a hankeringly endless appetite for polarizing social media posts and even yearn for the warm glow of our smartphone's screens late at night, those of us who came before the smartphone also happened to be lucky enough to grow up in an age when socialization was face-to-face, or at its most distant, phone-to-ear, where we could at least experience the comradery one feels when hearing another loved one or friend's voice - rather than impatiently waiting for those whom with we are communicating to respond with electronically texted, oftentimes, inscrutably-worded texts, or (if we're lucky) inane emotion-depicting cartoons which are then typically accompanied by a dreaded, incessant disappearing and reappearing act of three bouncing dots that could easily make even the most patient among us wish the weirdly dispassionate conversation they're enduring would end as swiftly as possible.

While I may be hyperbolic in my ranting, just from this one viewpoint, the depressive generation Z makes all the more sense after learning of Dr. Twenge and her compelling findings.

Generation's Y and older may have grown up during a time that failed to recognize the importance of mental health or respect the severity and epidemic potentials of mental illness, but they were also happier to be none the wiser - statistically speaking, anyway.

Not all Bad News Though, Just Read What Our Friends from Newport Academy Had to Say About the Matter!

Science Teacher Gets Into Classroom Brawl With Student

Is Driving High As Dangerous As Driving Drunk?