Home Must Reads Fighting An Uphill Battle: Dealing With Addiction In American Culture

I've come to realize, from observing friends and family have conversations on their feelings or opinions pertaining to celebrity Philip Seymour Hoffman's overdose, that there are two kinds of people. Those who can understand the mind of an addict and those who completely lack sympathy of any sort, remaining stubbornly ignorant to a disease that afflicts many average people in their daily lives.

Whether they can understand the mind of an addict or not, the fact is that Philip Seymour Hoffman left behind amazing pieces of work. He touched millions of lives. It isn't fair that his extraordinary talent and life is being lessened because of the way he went out. Sure, his overdose was his own fault, but that doesn't make the thought of him never being in another film or acting in another play any less sad. That doesn't make him any less of a human being. We, the audience, the family members, the spouses, the critics, weren't there for those very last moments. We don't know if this was an accident that was regretted as soon as he realized what was happening. We certainly don't know if this was the only choice he thought he had when the darkness of his addiction was looming overhead.

The terrible burden of addiction

Struggling with an addiction is a real thing. It's a thing that people of all walks of life deal with. People, every day people like you and I, are subject to this illness and it shouldn't be something that we just sweep under the rug. Addiction, no matter how private you keep it, can and will start to bubble over into your personal life and have a damaging effect on those around you. It's something that stays with you until the end of your time, always asking for you to come back, no matter how long of a time you've been clean and sober.

It's also something that can't always be cured by a simple twelve step program, though that system has helped many people overcome substance abuse and live happy, healthy lives. Everyone needs to accept and realize that recovering and rebuilding through traumatic life events is different for each person. This is similar to the way multiple intelligence theory relates to learning a new skill. There have to be other ways for every type of person to leave a bad habit or negative trait behind. Not all recovering addicts will fit into mold of each treatment program. For example, opiate recovery is on a so different than alcohol addiction recovery that offering the incorrect treatment can cause further damage.

When the reality is that getting help and admitting to being an addict often pegs you as a scumbag or lowlife, it can be difficult to step back and see just where you stand in your community. This mindset is what needs to be changed to improve how our culture deals with addiction. People suffering from addiction are not in any way under than you. These people are sick with an illness that is life consuming. It may not be an illness that you, a third party, can see or feel, but the internal battle is real and tangible and it's all they can think about.

As for what we know, that is nothing.

Yes, Philip made a bad decision. However, I will not "wag my finger" at him. He probably used the same amount of heroin he had twenty three years ago, not realizing that a third of that would give him the blur on life and escape he longed for. We just don't know what he was going through, the demons he was facing, the pressure he felt. 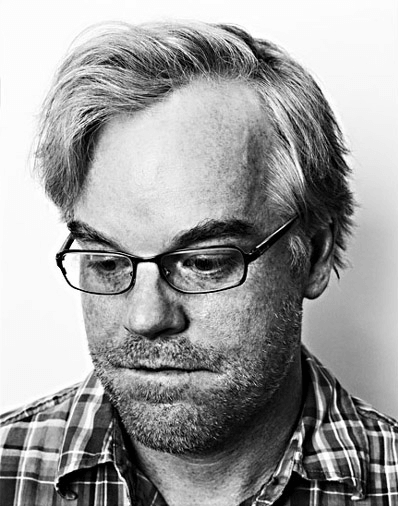 While there may be nothing glamorous about his death, I do not feel it was "wrongfully glorified." It is the perfect platform to shine light on addiction and the harm it can do all those around you.

As for his dealer, I do not believe that it should be his legal fault in any way, shape or form. A dealer is a dealer, that is all. Most of the time, they themselves don't know any more than they tell you. They don't have the motivation or the intention to do incredible damage to anyone. They are making an income selling to grown adults who make the possible fatal decision to get high. They provide a service that people have no other way of getting. Though it's a bad choice, it's still a personal choice to do drugs. The dealer didn't have a gun to his head forcing him to take that lethal dose. That was the risk Philip was willing to take to get his fix. It'd be a different story if the dealer knew that there was a harmful ingredient used and kept the difference to himself, dealt to children, or administered the drug himself. But he didn't. Was Hoffman's dealer morally at fault? That isn't something you and I can really answer. That's something that he will have to work out for himself.

At the end of the day, how you react to the misfortunes of others is what truly defines your character. Are you the type of person to pay your respects, no matter the cause of death, or are you the type to simply shrug off a human's passing and post ignorant comments like "He made his choice." Because in the long run, you are offending those who are struggling with this addiction by telling them that they have the power to just stop. This attitude is making those who want to seek help that much more afraid of coming out and asking for it. Furthermore, it's pissing off the people who are overcoming demons from substance abuse and trying to rebuild their lives.

If the tight grasp around your throat of substance abuse is something that you've never had to deal with, consider yourself lucky. You are fortunate to have lived such a life. All I ask is that you don't consider set yourself above those who haven't been so fortunate. Your voice is more powerful than you can imagine and it might be the voice a person hears at their lowest of lows.

So ask yourself, how you will be portrayed? Am I the one who will be willing to lend a hand to a peer that is drowning, or will I simply tell them to swim as I turn my back? You do not know who is wavering in your life. Why wouldn't you chose to be the open arms if it could save a life of someone you know and love?

And if you still chose to be the other type of person, so be it.

But if you don't have anything nice to say, don't say anything at all.

This article is sponsored by Lion's Gate Recovery. Visit their site or contact them today at 866-471-9476

Modern 'Tweens' Have it Harder than Ever