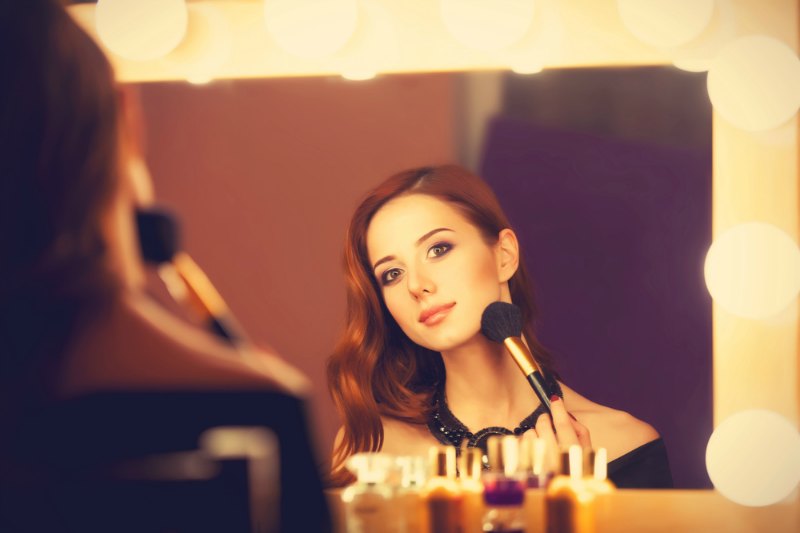 Understanding why people are considered attractive is a mammoth task. Attractiveness can be very hard to quantify and even harder to measure. One of the most important contributions to attractiveness is makeup. Makeup can hide blemishes and improve the appearance of an otherwise less attractive person. But do both genders find the use of makeup attractive.

How Much is Too Much?

If using makeup really makes a person more attractive, it would make sense to conclude that the amount of makeup that person uses would be ideal for what they considered makes themselves optimally attractive. One study out of Bangor University found that this might not be the case.

Groups of students were photographed and the pictures were digitally altered to show varying levels of makeup. Students were then asked to find the most attractive level of makeup. It was found that most people selected pictures with much less makeup than they usually used. This contradicts what may have been intuitive - that a person finds themselves most attractive wearing the same amount of makeup they normally do.

Makeup is used to sell magazines or to entice people to watch a television show, enhancing the image of women and men alike. Makeup is not always used for personal gain. Recently Facebook and other social media websites have been flooded with ‘no makeup selfies’. Unlike a traditional selfie, these selfies are mostly of women with no makeup.

The idea is that by showing someone without makeup they are showing their more real selves, uninfluenced by their outward appearance. This is all done in the an effort to raise awareness and resources for cancer research. To date this effort has raised more than $2 million. More than that, it shows that people are much more than their appearance and that makeup cannot hide who a person truly is.

Lorde Willing: How One Young Girl Is Fighting For The Right To Look...