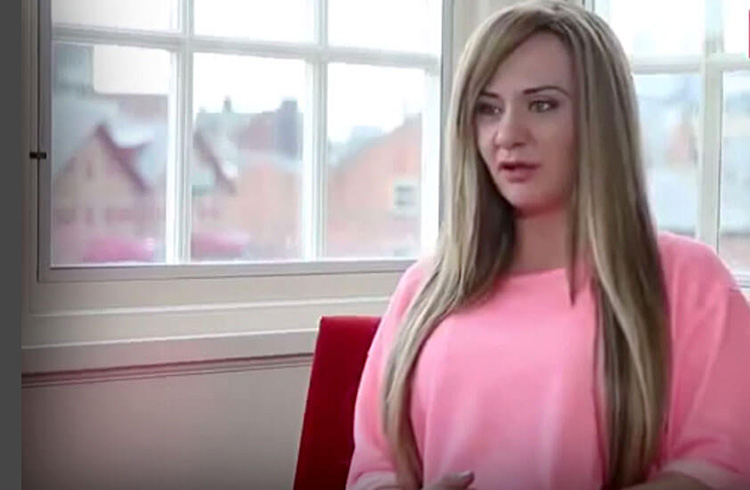 A young British model by the name Josie Cunningham has decided to have an abortion.

Naturally, the word abortion draws a million different opinions—I have a plethora of my own. You could not get me to give one solid statement on the general term of abortion because, thankfully, I have never been there. I have never been the woman crying over a pregnancy as a result of sexual violence or any other heart-wrenching circumstance that may make a woman choose termination. I understand that there are so many aspects that I have no knowledge or comprehension of.

As Josie Cunningham, already a mother of two, looks into the camera and says, “An abortion will further my career. This time next year, I won’t have a baby. Instead, I’ll be famous, driving a bright pink Range Rover and buying a big house. Nothing will get in my way,”—I admit it. I’m feeling judgmental.

Because how did a pink Range Rover suddenly become more important than continuing the life of an already 18-week-old fetus? Oh, she’s apparently thought through this carefully—thought through the color of her new car and how she will be “without a baby” and surely, certainly “famous.”

How is this a career move?

I am honestly unclear as to how a grown woman, already with two children, and already almost five months along, can suddenly decide to terminate a pregnancy that she was not so worried about a few weeks ago when posing with her hand resting gently below her rounded stomach. Obviously, for all women, there could be hundreds of different factors, but Josie has blatantly said it: The reality television show Big Brother does not want to hire her because of her pregnancy. Not to be thrown out of such a “golden opportunity,” Josie has decided to have an abortion.

Again, abortion is a loaded subject, and should be. It should never become a casual choice. Furthermore, for women fighting for what they believe, a right to their own bodies, Josie’s actions represent a huge setback. The fact that she is willingly going through with a late-term abortion for mere fortune and fame is justifying the opinions of millions anti-abortion advocates. Josie's assertion of her rights comes across as pure self-interest, wanting what is solely best for her. She has treated this as a simple career move, something to be accomplished as quickly as possible, and—even worse—something to be talked about on video with an attitude so coy as to make this viewer wonder, “What the hell?” How is it that we have come to this?

No doubt there are other stories like this one that are not being nationally publicized, but here we are. Josie Cunningham is thrilled at the chance to have an abortion and become famous.

It is likely that she will become more infamous instead.