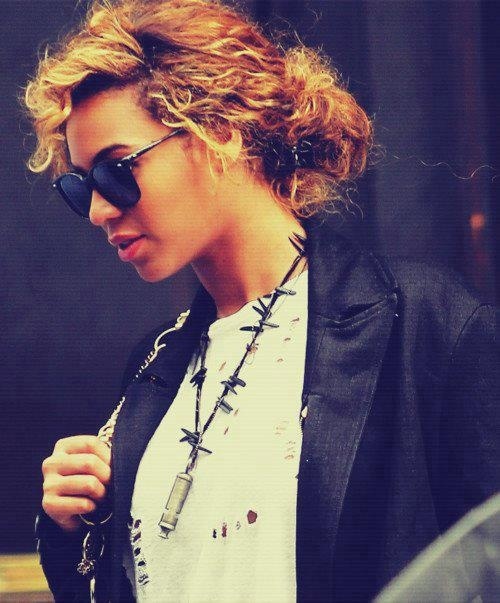 While she may have written a very poorly sourced "essay" of four paragraphs, I think "Queen" Beyonce Knowles Carter may have somewhat of a point when it comes to whether or not gender equality truly is a myth.

"We need to stop buying into the myth about gender equality. It isn’t a reality yet. Today, women make up half of the U.S. workforce, but the average working woman earns only 77 percent of what the average working man makes. But unless women and men both say this is unacceptable, things will not change. Men have to demand that their wives, daughters, mothers, and sisters earn more—commensurate with their qualifications and not their gender. Equality will be achieved when men and women are granted equal pay and equal respect.

Humanity requires both men and women, and we are equally important and need one another. So why are we viewed as less than equal? These old attitudes are drilled into us from the very beginning. We have to teach our boys the rules of equality and respect, so that as they grow up, gender equality becomes a natural way of life. And we have to teach our girls that they can reach as high as humanly possible.

Honestly, we can't even be sure she believes what she supposably wrote or if it was just a publicity stunt. Either way, she's being talked about. She's been said to be a hypocrite for writing 'Bow Down' lyrics on one hand and a 'badass' for empowering womens' rights on the other.

Gender equality really isn't a reality right now, yeah she's right, but that doesn't mean we aren't coming closer and closer to an equal world between man and woman.

9 times out of 10, the richest CEOs will be men. But does that automatically mean that it's unequal and the work they did to get where they are is inadequate? I can list plenty of opportunities I had as a lady growing up that could have put me on my way to the top. The same opportunities that those men probably had and took. Should we force a spot for a woman in that bracket, even if she doesn't qualify, just to be equal? How is that realistic?

Now, I don't have years of research and studies sitting in front of me stating just how much better men have it than women and I'm not saying I'm completely oblivious to the inequality but I do have hope that we are headed in the right direction.

Happiest Grandfather In The World Gets A Big Surprise