Home Therapy News Autism and Research on What Causes It 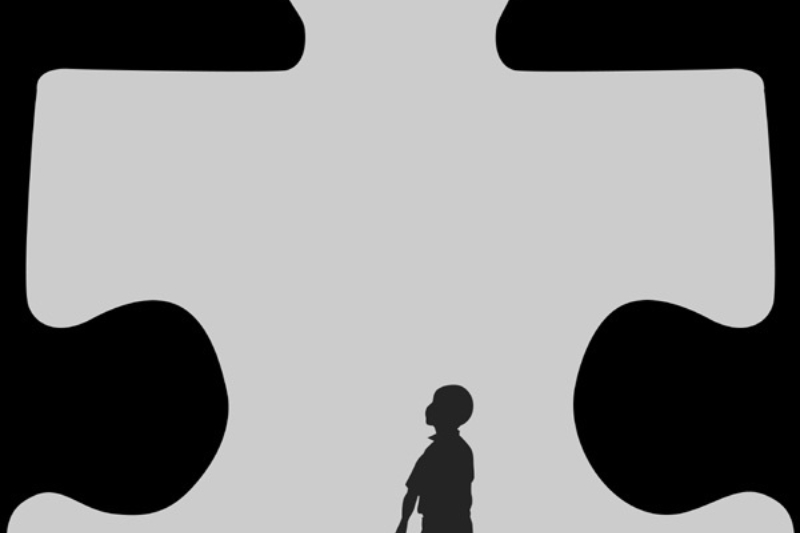 The Autism Epidemic and the Race for a Cure

One of my autistic students smashed a classmate’s calculator in a fit of rage about making too much noise. Part of his consequence was to go to the store with the school principal and buy a new one.

He went to the electronics aisle, picked out a calculator most like his classmate’s, and proceeded to the checkout line to pay.

While waiting in line for the cashier, my student suddenly stepped to the front of the store, where everyone in line could see him, and shouted: “I’m autistic!”

The silence that followed lasted only a moment, and then everyone went back to their own business. The announcement seemed odd, and out of place.

Nothing in the store changed, at least as far as I could see.  There were no stares. There were no curious glances. Things basically went back to the way they were before my student made his unexpected declaration.

But my student felt better. He sensed an uncomfortableness, not from others about him, but instead about himself deep within. So, he spoke to it.  He called it out. He addressed it. He literally shouted at it. And he put it in its place.

“No known cause of autism. Not one cause.”

According to the Individuals with Disabilities Education Act (IDEA), all types of autism are categorized under one label, “Autism.”

Autism is legally defined as “a developmental disability affecting verbal and non-verbal communication and social interaction.”

Signature characteristics of autism, to one degree or another, include engagement in repetitive activity, physical and verbal resistance to change in daily routines, and unusual responses to common social experiences.

Most experts believe autism is actually a “spectrum” disorder, meaning it is a group of similar disorders that manifest across a continuum, varying primarily by degree of severity.

For instance, on one end of the spectrum is classic Autism, what most people think of when they hear the label, like that depicted in the movie “Rain Man.” On the other end is Asperger’s Syndrome, which manifests milder, less severe, symptoms. And in between, are a range of un-named pervasive developmental disorders that are often referred to being “on the continuum.”1

One in 68 students in America’s roughly 60 million school population has Autism, has been diagnosed with Autistic Spectrum Disorder (ASD), totaling more than 800,000 students in U.S. schools. That represents triple the number of such students in the last decade.2

“The prevalence of autism in the United States has risen steadily since researchers first began tracking in 2000.”

Maybe Autism is Screaming Instead

Is this an Autistic epidemic? Most experts say the bulk of the dramatic increase in numbers of children with Autism is due to a growing awareness of the disorder over the last 10 years, as well as an expansion of the criteria used to diagnose the presence of the disorder. The same experts point also to better diagnoses, more available services, and more misdiagnoses too.

Autism was first officially diagnosed in 1943 by Dr. Leo Kanner.  Then in 1992, it was included among the array of Special Education handicapping disorders. Both represent genesis points for increased opportunities for diagnosis.

It is entirely possible the number of autistic children is even higher than we think. Our current data do not account for home-schooled children, students without medical records, homeless, and those who live in remote regions.3

While there is no disputing the alarming increase in the numbers of children with Autism, it is far from clear why.  But isn’t the real question here: why so many of our children have this problem at all?

“Scientists are scouring genetic and environmental data to find a cause for the rise in Autism.”

What We Know About Why So Many Have Autism

Genetically speaking, in studies of identical twins, if one twin has Autism, there is a significant chance the other twin will be also.  Whereas with fraternal twins, there is only a 3% chance both will have Autism.

Further, more babies who are later diagnosed with Autism come from mothers and fathers of older age at conception than from younger parents. “We know that chromosomal abnormalities account for about 5% of ASD incidences,” says Dr. JM Mulinski.

Speaking environmentally, infants and toddlers exposed to chemicals like pesticides, organic pollutants, and developmental neurotoxins have been shown to increase the chances of children developing autism-like symptoms before they reach their middle school years.

Vaccines administered during infancy, including PKU, have been ruled out as culprits in the Autistic-incidence increase. Some experts still, however, think there is a link, and that more research is needed.4

As for genetics and environment combined, research points to the lack of immune anti-bodies in the mother during pregnancy, internal chemical imbalances in both mother and infant, the presence of hormones that play a role in metabolism and weight gain, viruses, and a lack of oxygen for babies during birth.

Currently, the largest study ever undertaken in the U.S. to help identify causal factors that put infants and young children at-risk for Autism Spectrum Disorder, is underway in its third phase (3rd of 5 years) at the Centers for Autism and Developmental Disabilities Research and Epidemiology (CADDRE) network.  It is called SEED, or the Study to Explore Early Development.

The study will collect and examine data from six states, including California, Colorado, Georgia, Maryland, North Carolina and Pennsylvania. Its main goal is to compare young children (2 through 5 years of age) who have ASD, children who have some kind of developmental disability other than ASD, and children from the general population without any kind of developmental disability.

What SEED hopes to accomplish is to narrow down and come to understand the factors that really lead to Autism.  For once, the hope is, that the results might be definitive enough to give parents, schools and specialists in the field a better idea of what they are up against when trying to help Autistic children.5

A Taste of the Autistic Spectrum Disorder...Case Studies of Real Kids

10-year-old girl whose mother expressed concerns about her daughter's overall speech and language skills; she did not say “Mama” or “Dada” until approximately three years old.

10-year-old 5th grader, had a recent diagnosis that included ADHD, and she was said to be showing signs of High Functioning Autism. Her mother noticed that her daughter would regularly forget things at home and school, and was unable to keep her belongings organized.

18-year-old had been diagnosed with Asperger’s Syndrome, which causes difficulty functioning in social situations and struggles in academic performance. Joseph is involved in several extra-curricular, which include running Varsity Cross Country and working a part-time job at a Retirement Center where he hopes to begin pursuing his ambitions of becoming a chef.

10-year-old boy with a diagnosis of ADHD, Asperger’s syndrome, anxiety and fine motor delay. Starting as early as its 3rd session he already was making significant progress. He started sleeping through the night; his handwriting improved significantly, his attention span increased immensely.

12-year-old's parents and teachers noted improvements in attention, focus, and behavior. He argues less with his siblings and parents at home and with his teachers at school. He appears more on-task during lectures, with less fidgety behavior and fewer outbursts. Homework is also less of a battle.

“The Real Reasons Autism Rates Are Up in the United States,” Jessica Wright, 2017

“Autism Cases on the Rise: Reasons for Increase a Mystery,” Kathleen Doheny

Are Children Being Bullied Into Obesity?